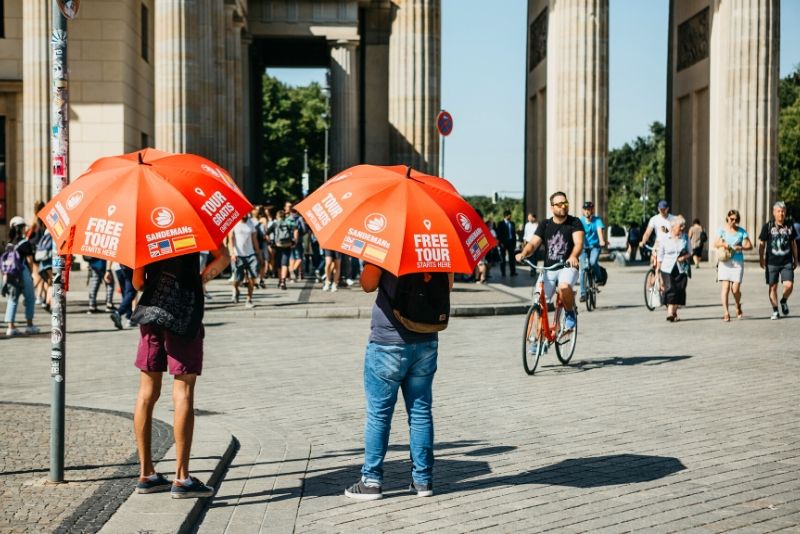 Discover the best free walking tours in Berlin and explore one of Germany’s most exciting and vibrant cities.

Old meets new in Berlin, where grand architectural marvels combine with new creative ventures that have provided the city with a new meaning.

If you want to soak up everything on offer in The Paper City without breaking the bank, free walking tours in Berlin are just what you need.

Please note that some free walking tours of Berlin are exclusively in English, while others are in Spanish or other languages. Make sure to pick the right tour before booking. 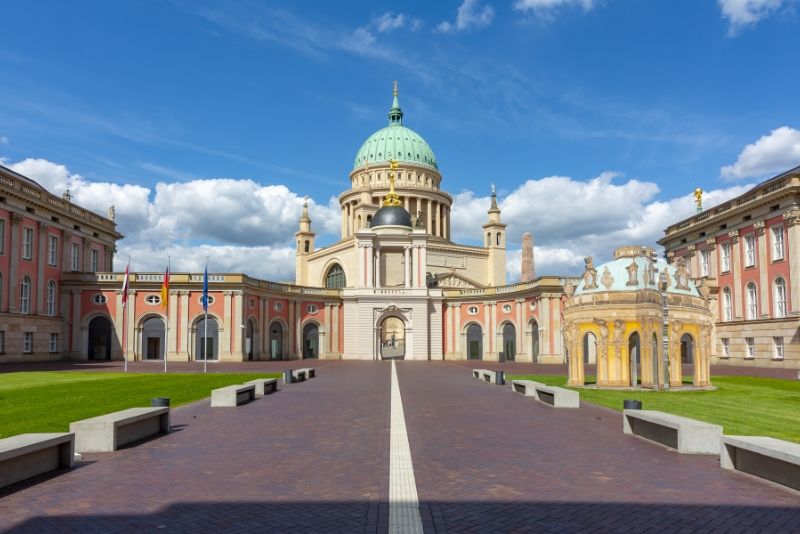 See some of Berlin’s most iconic sites with the Mysteries & Legends free tour.

Along your journey, you’ll see landmarks like Brandenburg Gate, one of Berlin’s most recognizable monuments.

Other attractions include Lustgarten park, Nikolaikirche, the Reichstag, Potsdamer Platz, and the Anhalter Bunker. 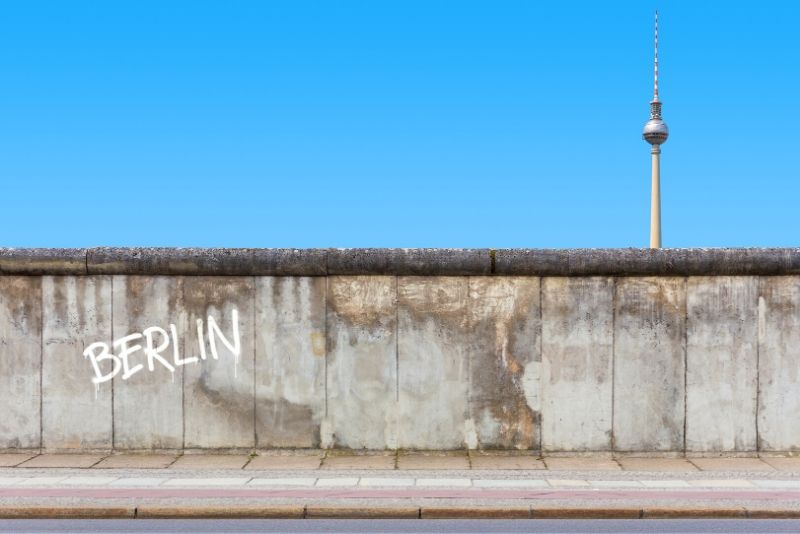 The Berlin Wall came down more than 30 years ago, but it’s still a vital landmark in Berlin and represents a bygone era.

The Berlin Wall Free Tour walks you through the remains of the wall while a guide teaches you about life in this once completely divided city.

You’ll also see some of the most important locations in the city during the Cold War. 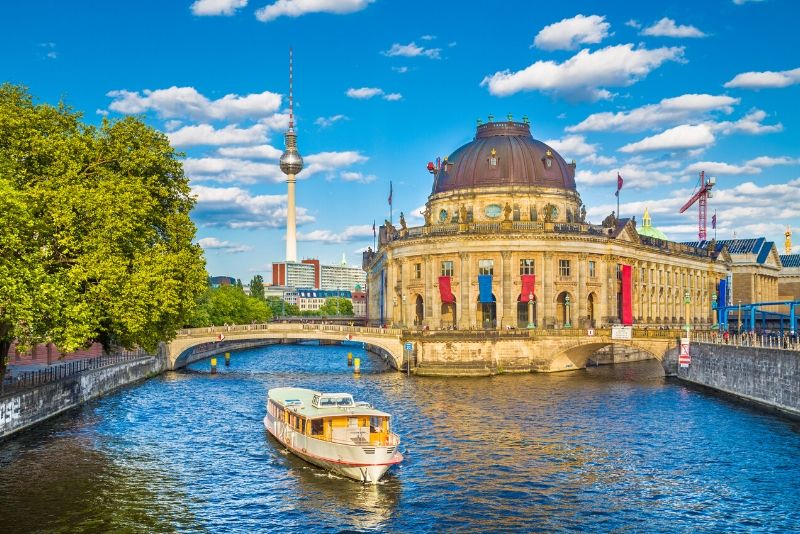 The Essential free walking tour of Berlin was created for Spanish speakers and details some of the most famous places in the city.

Expect to see monuments of Imperial Berlin, such as Museum Island, the Imperial Palace, the Protestant Cathedral, the main avenue Unter den Linden. 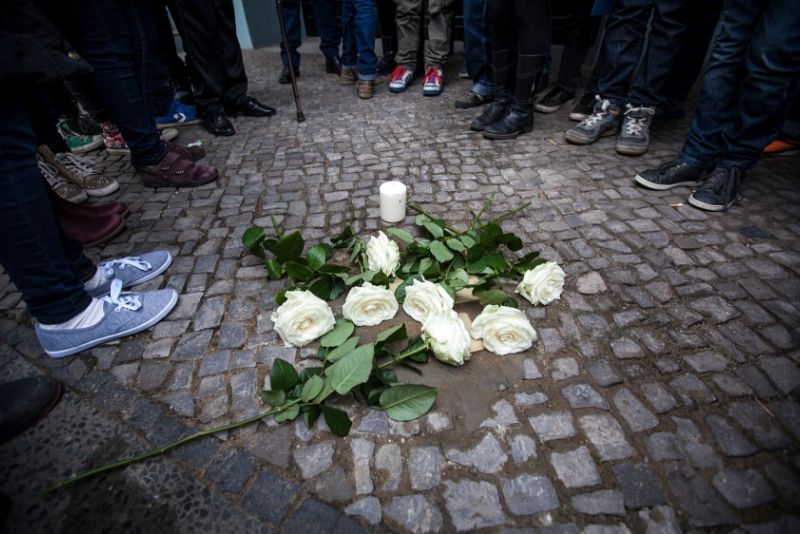 Begin your tour in Hackesche Höfe, which is the Jewish Quarter in Berlin. From here, you’ll witness Tolerance Street and discover the impact of the Nazi regime and World War II.

Then head to Stolpersteine, a place that honors those killed during the Holocaust, as well as other Jewish-related landmarks like Great Synagogue in Berlin.

Round things off with a visit to Hitler’s last bunker and learn about the atrocities in World War II. 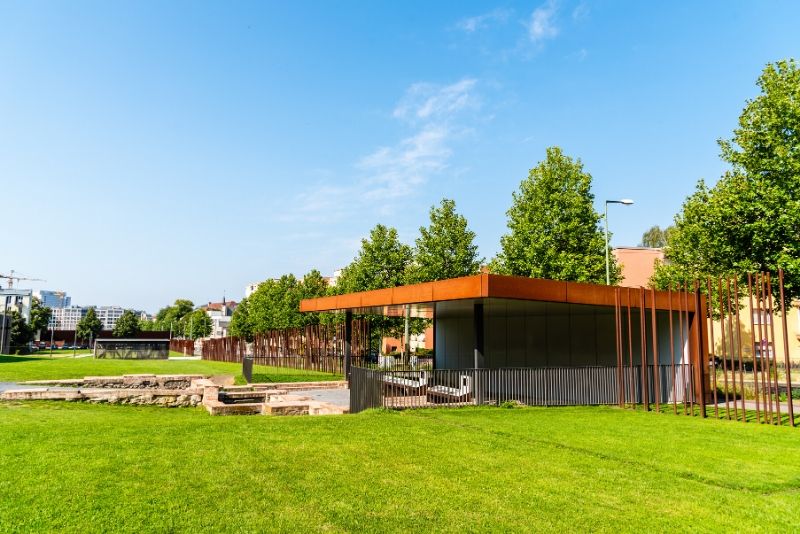 Another free tour of the Berlin Wall and the city’s role in the Cold War, this time with a Spanish guide.

Landmarks along the tour include the Palace of Tears, which was an old train station crossing between the two different types of Germany.

The tour ends at the Bernauer Strasse memorial, a monument that still has original pieces of the Wall. 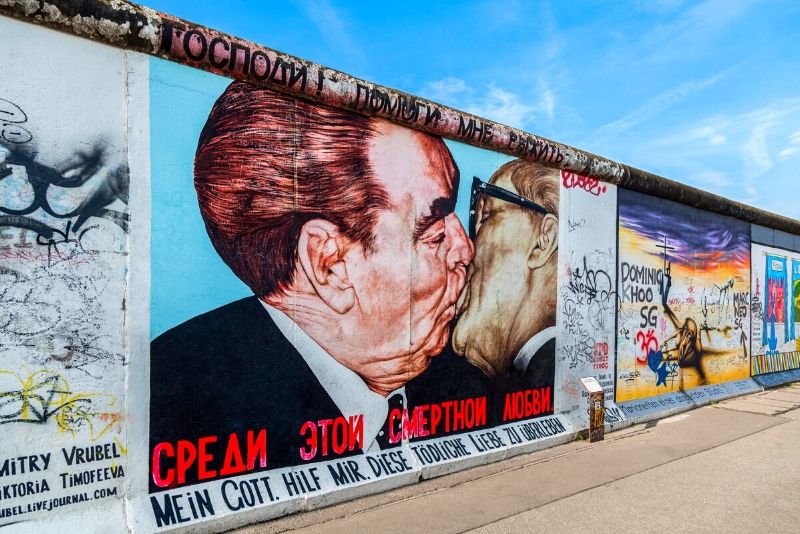 Berlin’s creativity and artistic vibes are known the world over. And this Berlin Kreuzberg street art free walking tour is a chance to embrace your culture vulture.

Discover the urban art scene, which includes artworks and graffiti in the cultural-hub of Kreuzberg.

Street art along the tour includes Fin-Dac, Smug One, and The London Police. 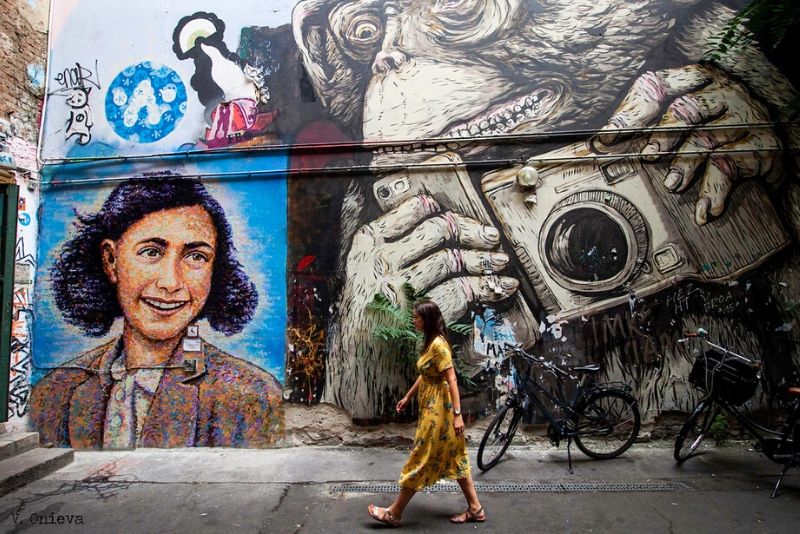 Discover another side of Berlin with this alternative free walking tour.

Spots along the tour include Dead Chicken Alley, which is where the best urban art shows take place.

See the Turkish district of West Berlin and learn about the lively nightlife scene in the city, as well as the rigid rules for getting into nightclubs. 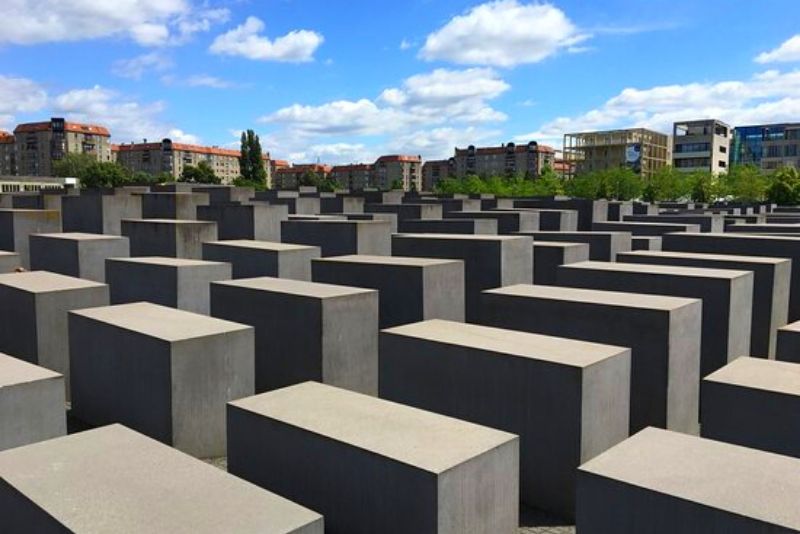 Germany does an excellent job of telling the horrific history of the Nazis in a way that’s educational and respectful.

And the Nazism and Holocaust walk is one of the best free walking tours in Berlin to learn about the Nazis.

See monuments for the Jews killed during the war, as well as landmarks that pay respects to Soviet soldiers.

There are also buildings where the Nazis worked and carried out their atrocities which you can visit. 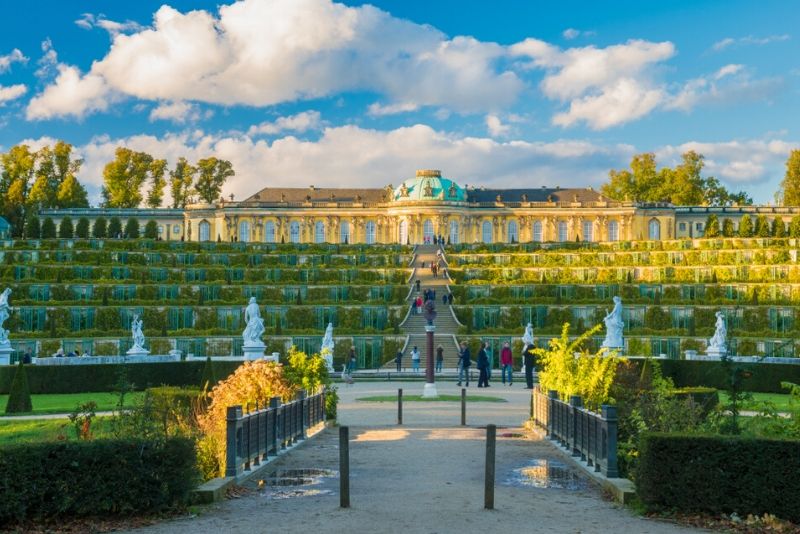 This free Postdam tour lasts for six hours and sees you visiting iconic places like Ccilienhof Palace, the Brandenburg Gate of Potsdam, the hidden Church of Peace, the Dutch quarter, or the new garden.

This is the quintessential “city of palaces” tour in Berlin. 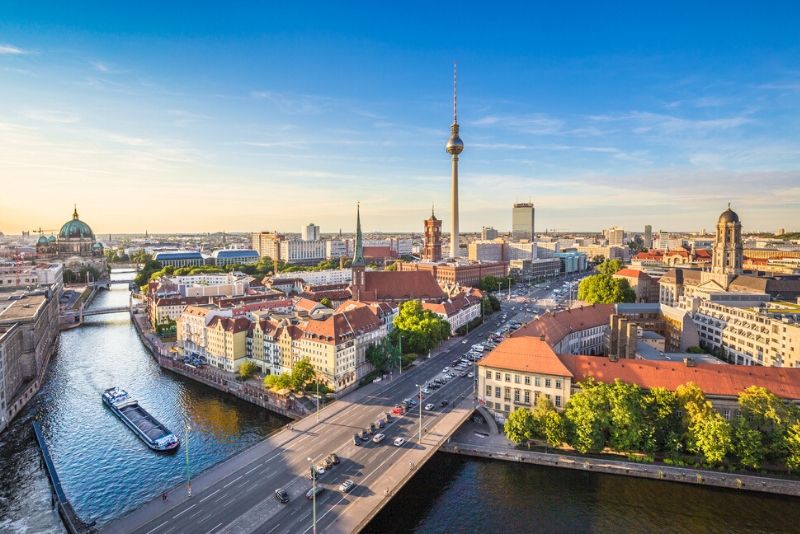 See the best of Berlin with another more extended tour that lasts for around six hours.

Other highlights include the chance to wander around the Jewish Quarter, learning about the role of the Nazis in Berlin and the first traffic light street in Europe, which can be found in Potsdamer Platz.

11 – From the East to the West – History and Food Tour 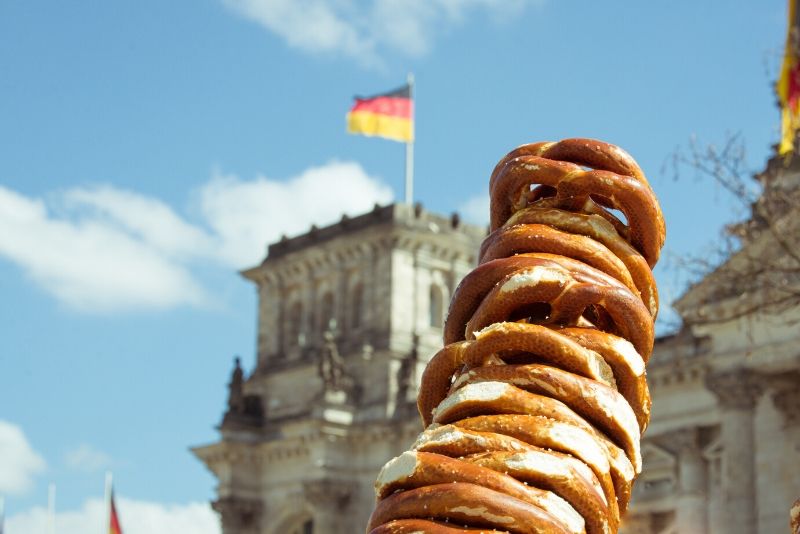 The East to West History and Food Tour is led by a freelance photographer and features plenty of majestic sights in the city.

Discover the secret corners of Kreuzberg with its impressive views and delectable delights.

Then, head to the east and see street artworks, Berlin’s gentrification, and communal gardens in legalized squats of the 1970s. 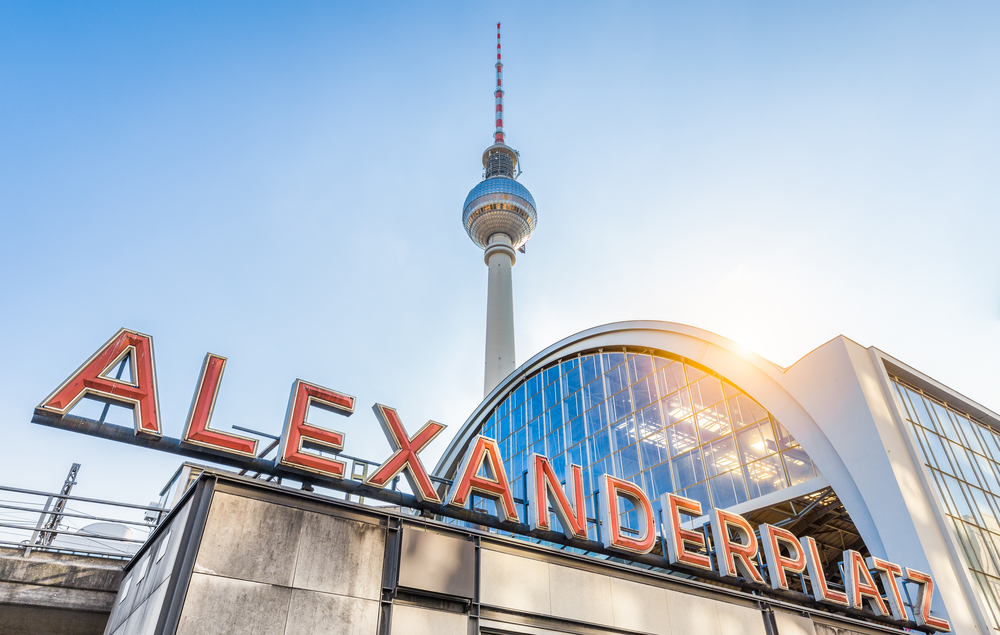 Join an expert guide for one of the best free walking tours in Berlin.

Highlights of this adventure include visits to the famous Alexander Platz, Marienkirchie, the St Mary’s Church, Neptune Fountain, Marx-Engels Forum, and much more. Discover history, culture, and creativity all in one trip. 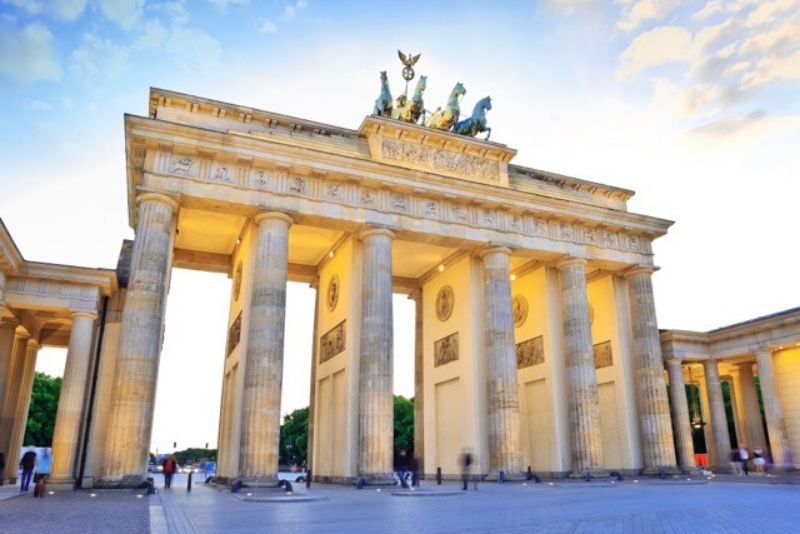 Unearth the hidden history of World War II, from the moments that led up to the war to its aftermath. 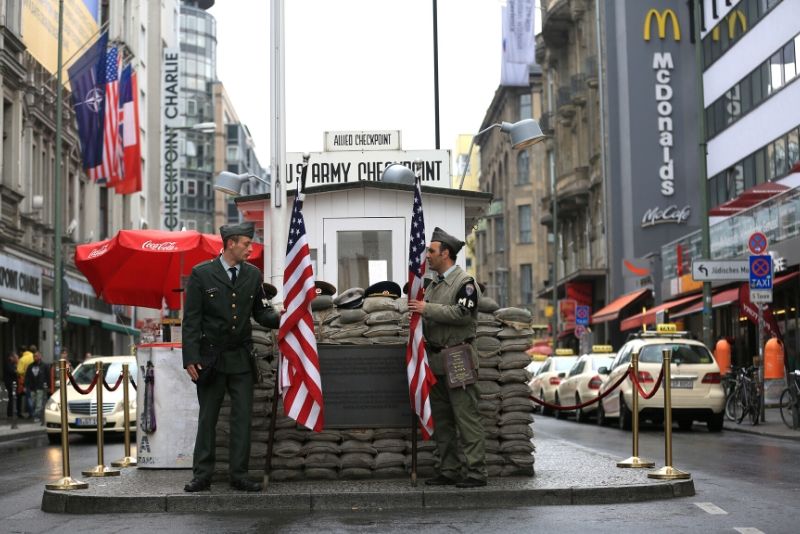 The historic center of Berlin tour lasts between 2.5 and 3 hours, and features fascinating information from Imperial Berlin, the Nazis during World War II and the Cold War.

See Brandenburg Gate, Memorial of the Murdered Jews in Europe, the Berlin Wall and Checkpoint Charlie, which is the Berlin Wall crosspoint checking where east meets west. 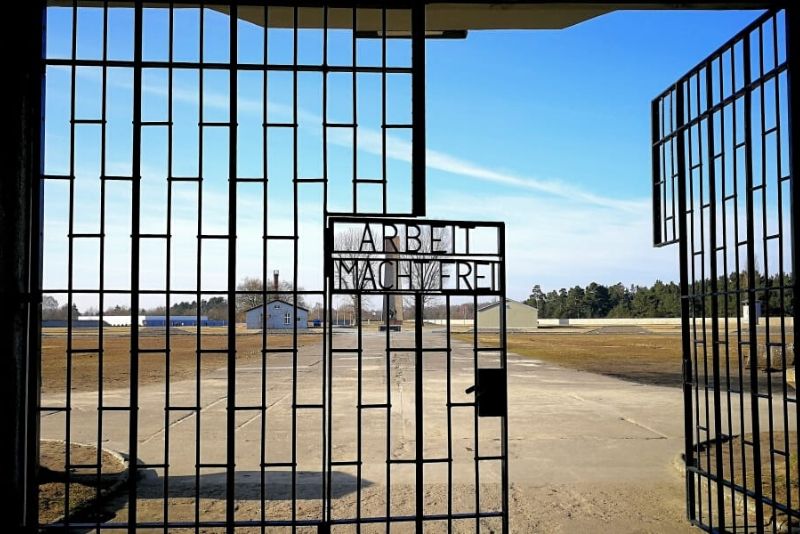 Visit the Sachsenhausen Concentration Camp and learn all about the terrifying ways Jews were treated during the Holocaust.

Located in the town of Oranienburg, the Sachsenhausen Concentration Camp was built in 1936 to confine or murder mass political opponents, gypsies, Jews, prisoners of war and Jehovah’s Witnesses. Thirty thousand people were murdered at the site. 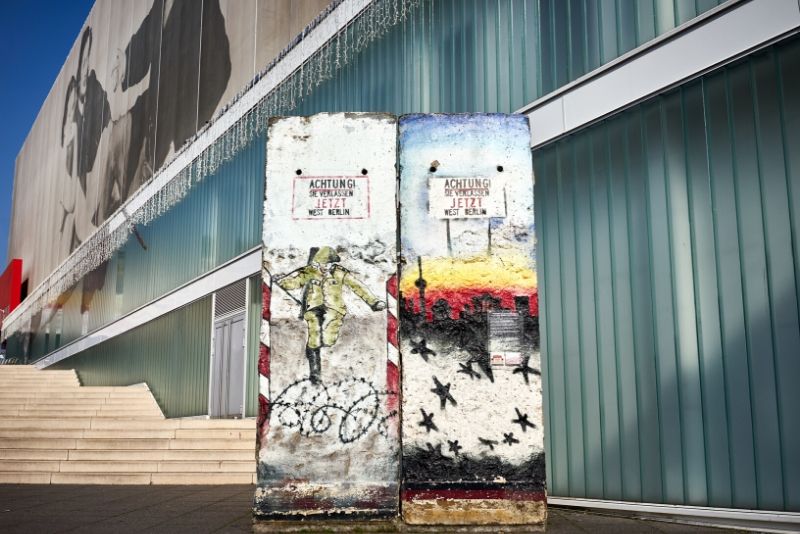 If you’re looking one for the best free walking tours in Berlin from an English-speaking native, book your spot of the Critical Histories tour.

Nancy, a Berlin resident, guides you around the city while revealing its traumatic past and detailing what makes it so great today.

The tour is inspired by a German-Jewish writer who lived in Berlin prior to World War II and tells the history around Berlin and how it became the diverse, vibrant and artistic city it is today.