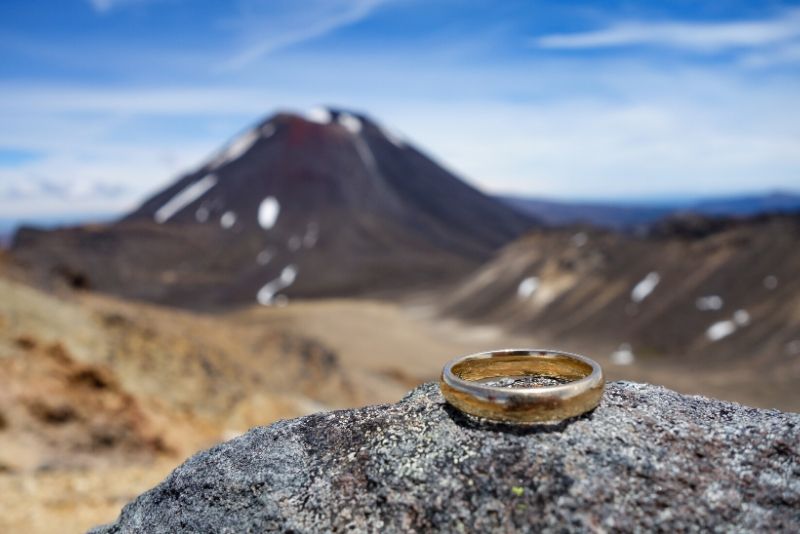 Looking for the best Lord of the Rings tours to visit the most famous film locations in New Zealand?

Kiwi country was the filming location for all three of JRR Tolkien’s Lord of the Rings (LOTR) films, and it has since become a destination for those wanting to visit the places where all the action took place.

The mighty Gandolf said, “there can only be one Lord of the Rings.” But that doesn’t mean there can’t be lots of visitors discovering the scenic locations where the Box Office smash was filmed.

In this article, you will discover everything you need to know about Lord of the Rings tours in New Zealand. Read on and get prepared for a trip to Middle-earth.

What are the most famous Lord of the Rings film locations in New Zealand?

From lush farming landscapes to sprawling woodlands, there are more than 150 filming locations to discover in New Zealand, including Mordor, Hobbiton and Rivendell. Locations are spread across the North and South islands and include picturesque lakes, majestic mountains and sweeping vistas.

Mount Earnslaw, which features in the opening scenes of The Two Towers, can be seen from the northern end of Lake Wakatipu in the village of Glenorchy. From here, you can also visit Queenstown (Lothlorien), which was the beech forest on the road to Paradise. Both these locations can be found at the Southern Lakes on the south side of the island.

You will find Arrowtown nearby Queenstown, which is set to the backdrop of the dramatic Southern Alps. Here, you can follow the footsteps of Aragorn and Glorfindel, who led the hobbits, with a walk to the Ford of Bruinen on the Arrow River. Other notable destinations include Wilcox Green, where the Gladden Fields scenes took place.

Queenstown is an idyllic resort town in New Zealand and was also used for green screen, post-production and a sound stage in the LOTR. In fact, Queenstown was the setting for many scenes of the movies and today offers visitors picture-perfect views that include snow-capped mountains and golden-brown trees that capture the majesty of the area.

The Chard Farm Winery offers a glimpse of the spectacular Anduin and Argonath (Pillar of Kings). Next, head to Cardrona Valley, where you can visit the summit of the Crown Range for panoramic views of the Middle-earth. This location also provides sights of the Dimrill Dale and Amon Hen on the shore of Nen Hithoel.

Mackenzie Country is known for the epic battle of the Pelennor Fields, which director Peter Jackson filmed near Twizel. This is the scene where 1,000 orcs of the Sauron fought with the men of Gondor and Rohan. There was hardly any green screen used for the scene, which means the area of Twizel in Mackenzie Country looks identical to the movie. The location is on private land, but you can arrange a tour to discover Twizel.

The intensity of the Milford Sound fiord, dominating waterfalls and majestic mountains all helped create the aura of LOTR and played a huge part in all three movies. Board a boat and enjoy the stunning scenary.

Mount Sunday is located in Ashburton District’s high country in the Canterbury region and provides a sheer-sided hill that was the set of Edoras, the primary city of the Rohan people. The set has long since disappeared, yet the location still attracts many LOTR fans who want to see the original home of the Rohan.

A hotspot for the Lord of the Rings Tour in New Zealand can be found at the Waiau River, which is located between Te Anau and Manapouri. In the movie, it was the River Anduin, where the Fellowship moved south from Lothlorien (Queenstown). The Waiau River’s surrounding peaks were used to showcase the rough country just south of Rivendell.

To most people, Wellington is known as the capital of New Zealand. To LOTR fans, however, it’s the home of the special effects and post-production for the movie. Elijah Wood filmed many scenes on the green screen at a location in Wellington, and there’s also the Weta Cave in Miramar. Here, you can tour a museum that houses original movie props, memorabilia and original movie artwork.

Located in Wellington, Kaitoke Regional Park was used to depict Rivendell, the spot where Frodo recovered from a knife attack in The Fellowship of the Ring. In reality, Kaitoke Regional Park is full of open green spaces and surrounded by a native forest. There are various campgrounds, hiking spots and swimming holes at the park.

Head to the scenic dairy farming landscape around the Waikato town of Matamata to see the Shire region of Middle-earth. It’s also the location of the village of Hobbiton, which was created specifically for the movies. Adding even more folklore to the LOTR tail is the fact it was rebuilt for the filming of The Hobbit Trilogy. Today Hobbiton is a permanent tourist attraction and one of the most popular Lord of the Rings tours in New Zealand.

Tongariro National Park was the main setting for Mordor, the base of the arch-villain Sauron. Other than offering visitors on a Lord of the Rings tour in New Zealand the chance to see one of the movie’s prime locations, Tongariro National Park also provides stunning scenery in the form of Mount Ngauruhoe, which was used as a stand-in for Mount Doom.

The setting for Roads of the Dead, where Aragon, Gimi, and Legolas walked to wake the army of the dead in Return of the King, the Putangirua Pinnacles offer an eerie atmosphere to lose yourself in. It’s one of the smaller locations in the film but is perhaps the easiest to imagine yourself right there in the movie, ready to do battle.

How to explore the film locations of Lord of the Rings in New Zealand? 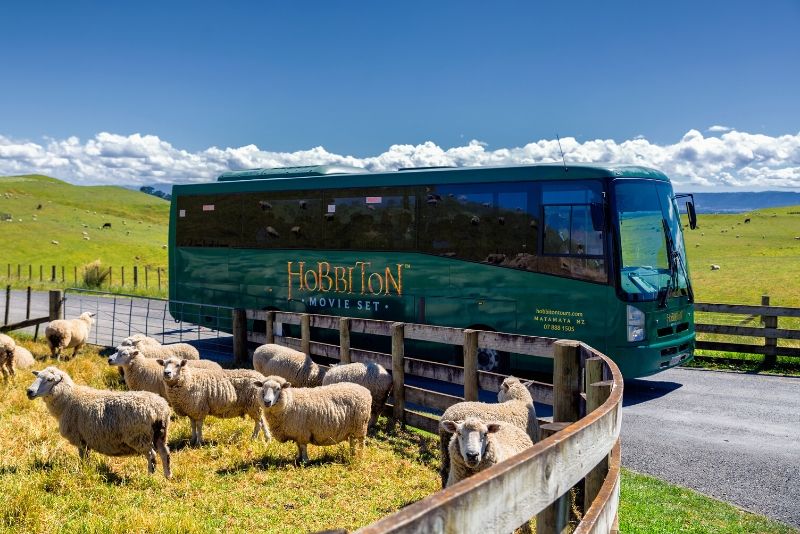 New Zealand has two primary landmasses, the North and South islands, along with 600 smaller islands. The total land area is 268,000 square kilometers, making it pretty vast and impossible to cover the main LOTR locations in just one day. Some locations are only accessible by helicopter, while others require vehicles like a 4WD to see them. Fortunately, many tours let you see a combination of locations that are either half-day, full-day or set over a couple of days.

The majority of locations require a car to reach them. If you’re part of a tour, transport will be provided, and you will usually have a driver and tour guide with you. Guides have expert knowledge will make sure that you receive an informative experience about each LOTR location you visit. Alternatively, you can rent a car if you want to explore on your own and visit the locations.

Some of the main highways and roads that lead to LOTR locations are as follows:

There will be an opportunity to explore on foot once you have reached each LOTR location. Again, a tour guide will accompany you if you have decided to take a Lord of the Rings tour in New Zealand. However, some film locations are only reachable by foot. Wear your best hiking shoes and discover stunning LOTR places.

Some locations of the Lord of the Rings movie can only be seen by air, such as where the fellowship hid from Saruman’s black crows or Dimrill Dale, Mount Olympus and Mount Owen. Helicopter tours are on offer and typically last for a little over one hour.

Some tours include rides on a boat, such as a speed boat, so that you can see set locations from afar and marvel at landscapes worthy of an Instagram picture. Transportation that involves any kind of boat is limited to specific tours.

The use of a quad bike is one of the best ways to navigate the vast landscapes used for LOTR filming. There are many tours available where a tour guide will lead a group on ATV bikes so that you can see multiple locations from the Lord of the Rings film sets.

How much Lord of the Rings New Zealand tours cost? 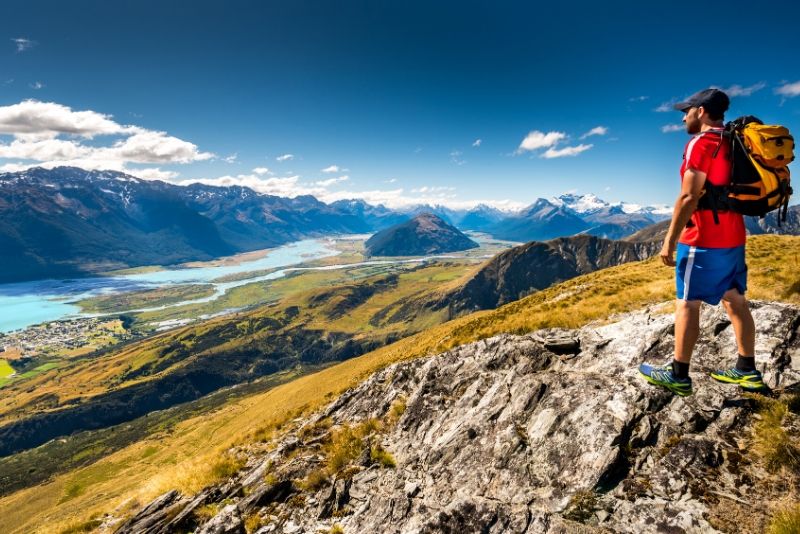 Prices for Lord of the Rings tours in New Zealand vary depending on the duration of the tour, if you wish to book a private tour or not, and lastly, the mean of transport, helicopter tours being the most expensive option.

Lord of the Rings half-day tours cost around US$ 70 per person. Full-day tours are more expensive and include several locations depending on which side of the island you’re on. Count around US$150.

If you want to explore both sides of the island, there are multiple-day tours. You can book a series of day trips or longer group trips that cover a large number of film locations.

There are also tours available that include multiple tourist destinations which you can combine with LOTR film locations. These tours aren’t specific to Lord of the Rings but do cover some set locations along the way and provide a chance to see other parts of New Zealand.

How to book a Lord of the Rings New Zealand tour online? 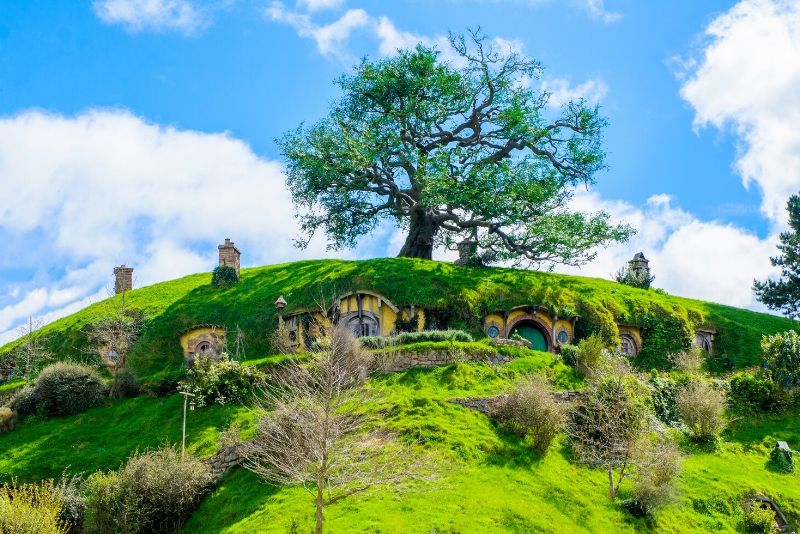 A variety of websites offer Lord of the Ring tours in New Zealand, including GetYourGuide, Viator, and Civitatis. It’s best to compare each offer so that you can find the best available deal for your Lord of the Rings tour needs – whether it’s a large or small group tour or private excursion.

Lord of the Rings tours departs from different cities in New Zealand. Pick the city you wish to start your tour from and use TourScanner search engine to compare all the different deals in one handy place.

Lord of the Rings tours in North Island start from Auckland, Wellington, and Tauranga.

Compare Lord of the Rings tours in Auckland

Compare Lord of the Rings tours in Wellington

Compare Lord of the Rings tours in Tauranga

Lord of the Rings tours in South Island start from Queensland and Christchurch.

Compare Lord of the Rings tours in Queenstown.

Compare Lord of the Rings tours in Christchurch.

Do not hesitate to comment below if you have any questions regarding Lord of the Rings tours in New Zealand.

We wish you an awesome time and a lot of fun 🙂