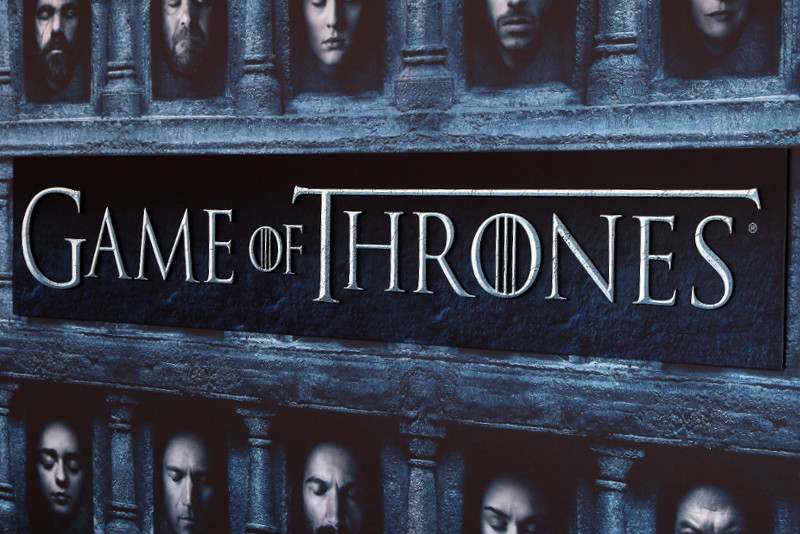 Do you want to relive your favourite scenes from the classic TV serie Game of Thrones? Wondering what are the best Game of Thrones tours from Belfast?

“When you play The Game of Thrones, you win or you die.” For those embarking on the Game of Thrones tour from Belfast, you will only be winning as you explore some of the best GOT filming locations in Northern Ireland on a scenic tour.

If Jon Snow knows nothing you will soon know everything about this epic show.

Don’t feel like reading ahead? Click on the following link to book a Game a Thrones tour from Belfast. Have fun 🙂

What are the most popular Game of Thrones film locations around Belfast?

On the tour from Belfast you will follow in the footsteps of the noble families fighting for the Iron Throne and experience the magnificent locations that form the backdrop for the kingdom of Westreros. Become part of this medieval fantasy as you visit the filming locations while experiencing the natural beauty and landmarks of Northern Ireland.

Some tours also take in some of the must-see tourist attractions yet to be featured on the show but which look like the stuff of myths and legends, including Giant ’s Causeway where Basalt columns emerge mysteriously from the sea at the bottom of majestic rock faces.

Imagine yourself a Stark, Targareyn or Tyrell while enjoying your tour led guide of the most recognisable film locations which we list for you below. 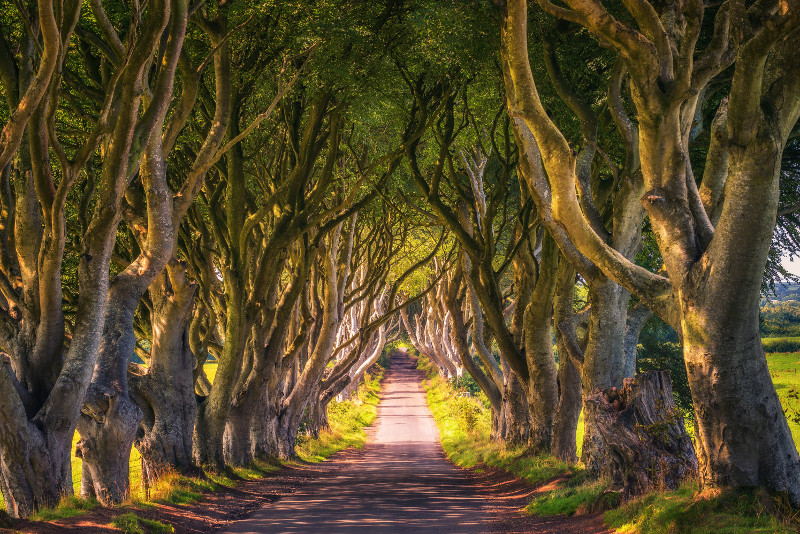 Used as the King Road location this magical Avenue of intertwining beech trees was planted in the 18th Century by the Stuart family. More than 200 years later they appeared in the second series of Game of Thrones when Arya Stark escaped from the King´s landing. 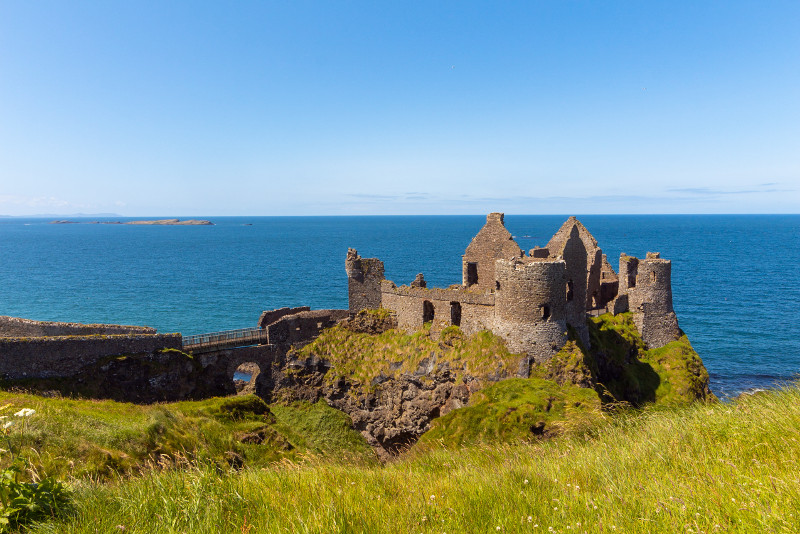 Built on the craggy cliffs 100 feet above the Ocean this romantic medieval castle was the site of one of the great houses of Westeros. Depicted as the house of Greyjoy, it was digitally reconstructed for the series and is only accessible by a bridge connecting it to the mainland. Find out more about the gorily romantic history of the castle that mirrors the intrigue of Pyke Island. 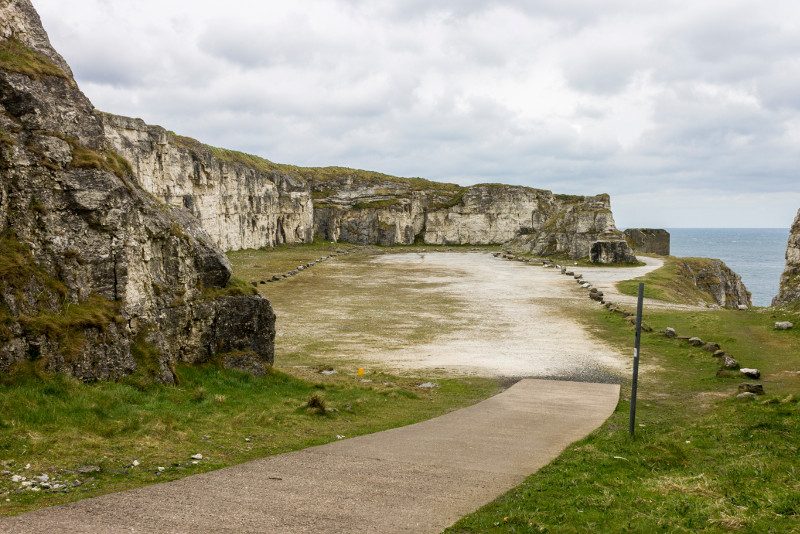 Enjoy the stark beauty of this limestone quarry on a rugged headland which is heavily featured in season 2 and 6 of Game of Thrones. Imagine yourself in Renly Baratheon’s camp in season 2, and relive the tournament in which Brienne of Tarth was introduced and proves herself in single combat against Ser Loras Tyrell. When Euron realises that his niece and nephew have stolen his ships, Rathlin Island provides the perfect backdrop for his escaping fleet. 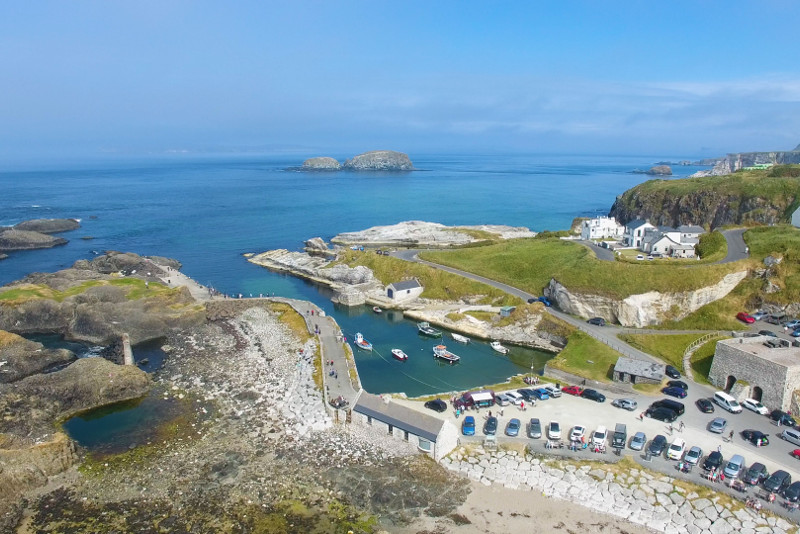 The little seaside village of Ballintoy becomes Pyke, capital of the Iron Islands where we see Theon coming home for the first time, being baptised, the crowning of the new king and Balon Greyjoys burial. The harbour has hardly changed in hundreds of years making it easy to imagine a medieval drama unfolding here. 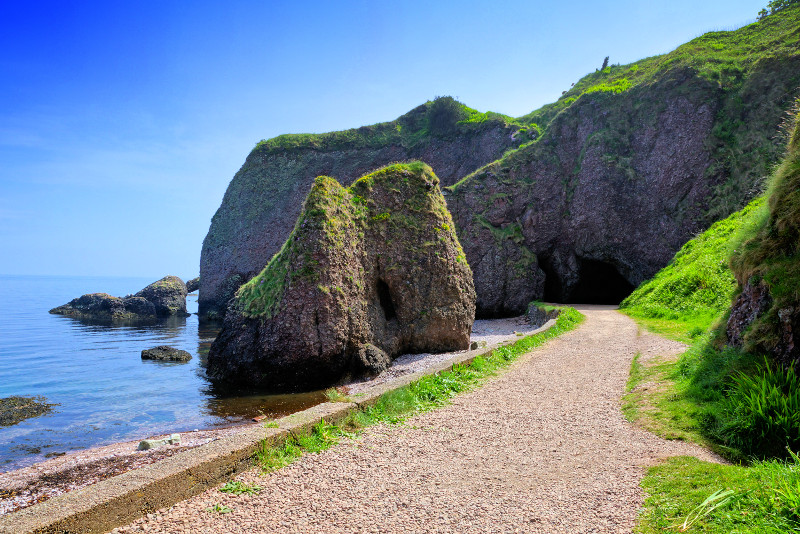 The village of Cushendun stands on an elevated beach flanked by the Glendun and Glencorp valleys at the mouth of the River Dun. Formed during a period of 400 million years the caves are reached by foot and recognisable to fans of the show as a cove in the Stormlands and the place where Melisandre gave birth to the shadow creature. 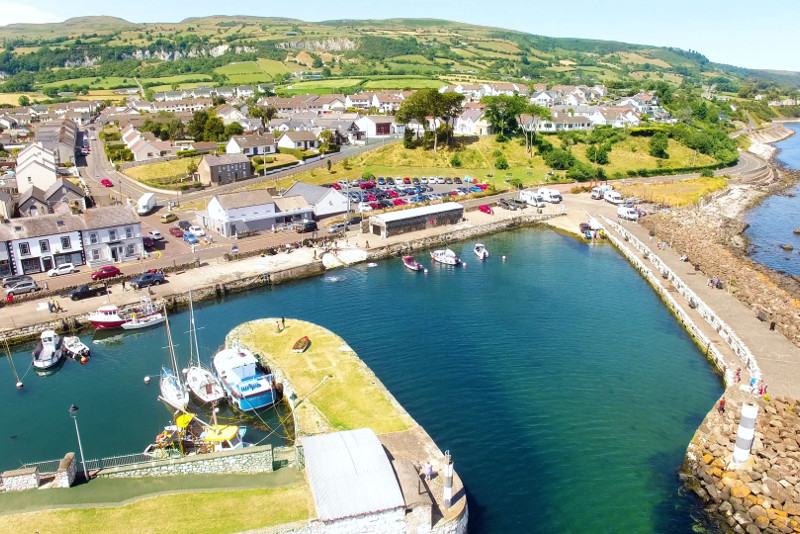 Located at the foothills of Glencoy and on the shores of Canlough Bay this pretty harbour featured in series 6. Fans will recognise the rugged stone staircase leading down to the sea, filmed as part of the Free City of Braavos Canal where Arya Stark crawled up from the water after being stabbed by the waif. 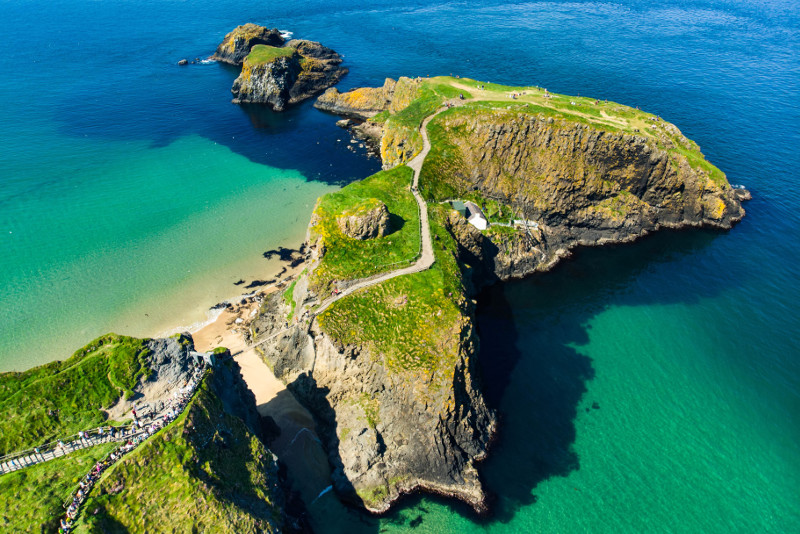 This historic Rope Bridge hangs precariously 30m above sea level and connects the craggy cliffs of Northern Ireland to Carrick-A-Rede Island. Scenes from Series 6 were filmed on the bridge and if you are brave enough you can opt to cross the bridge, but an extra fee may apply. 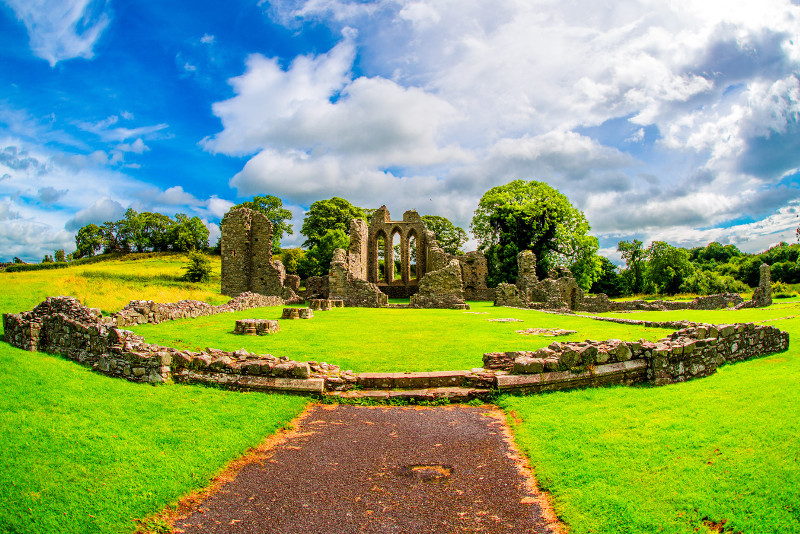 Explore the ancient ruins of the former monastery dating back to 800ad it was used as Rob Starks camp Riverrun in season one and was the location for his crowing as the King of the North. Set beside the River Quoile and surrounded by undulating hills it has views to the cathedral town of Downpatrick. 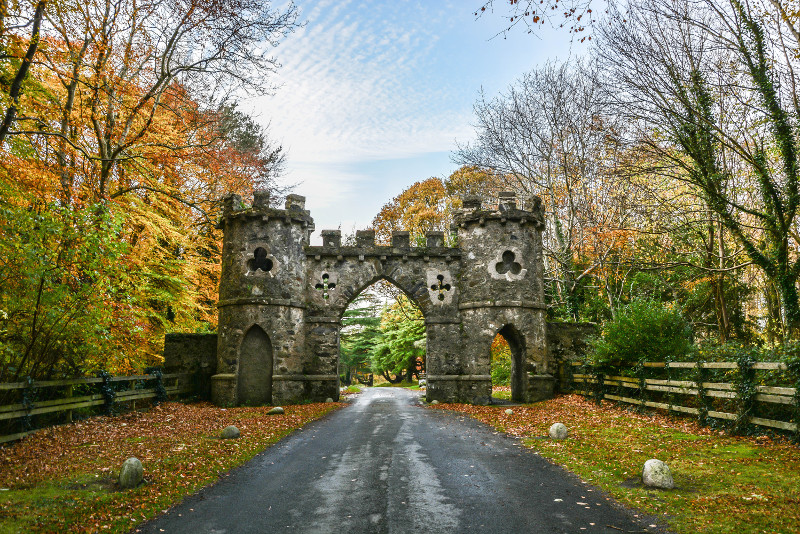 Experience one of Ireland´s oldest forests and the first state forest park covering 1600 acres. It is known in the series as the North’s Haunted Forest and Winterfells Wolfwood. It  appeared in the first season when Ned Stark comes across the orphaned direwolves, the symbol of the house of Stark and finds there are as many pups as Stark children. 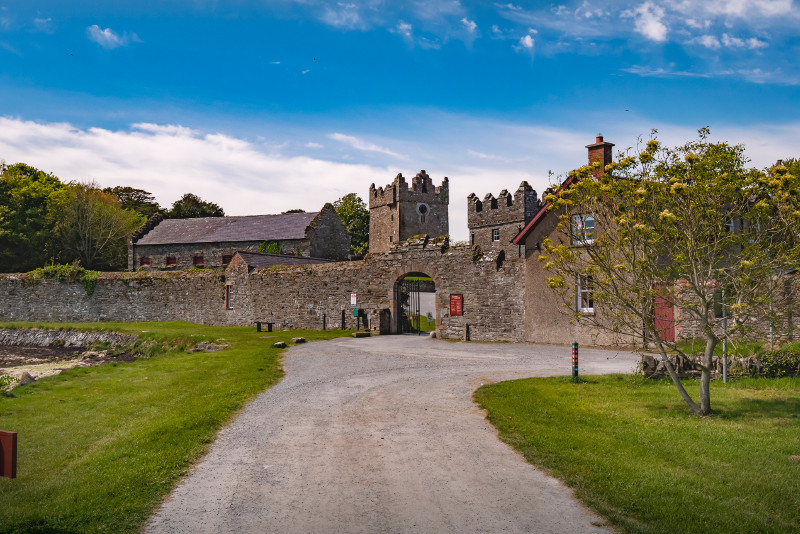 Is home to around 11 different shot locations. It overlooks Strangford Lough and is the seat of the Ward family since the 16th century. The 18th century mansion is surrounded by rolling hills and overlooks the Lough surrounded by beautiful gardens and woodland. The site appeared in season 1 as Winterfell, home of the House of Stark. 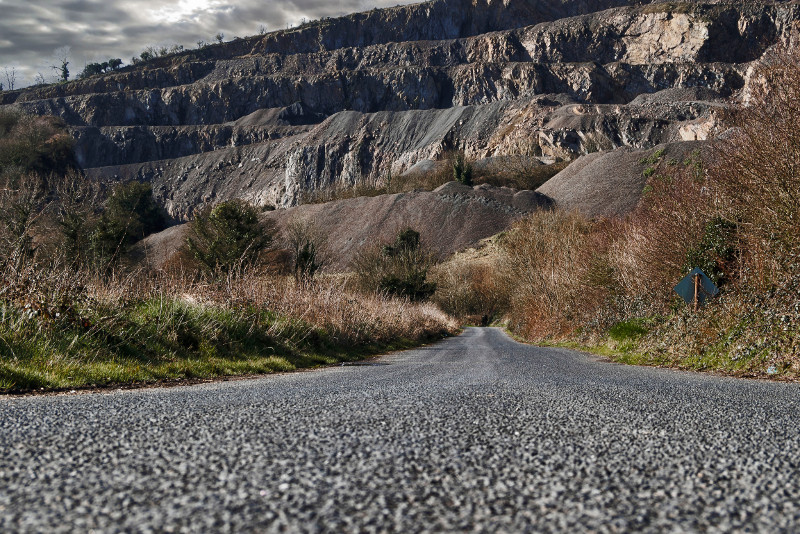 Maghheramorne is a small hamlet of abut 75 residents that is home to an old stone quarry. The cement plant closed in 1980 and now acts primarily as a set for the Game of Thrones as the backdrop to Castle Black and Hardome. 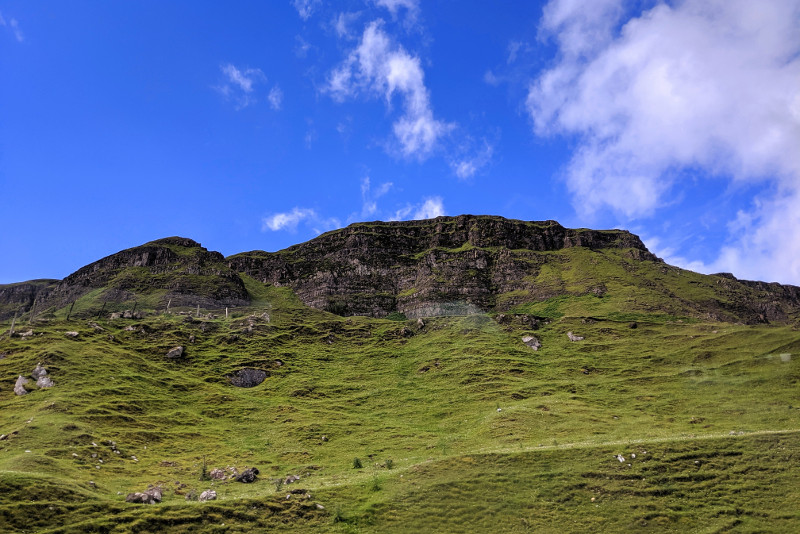 How should I explore the film locations of Game of Thrones? 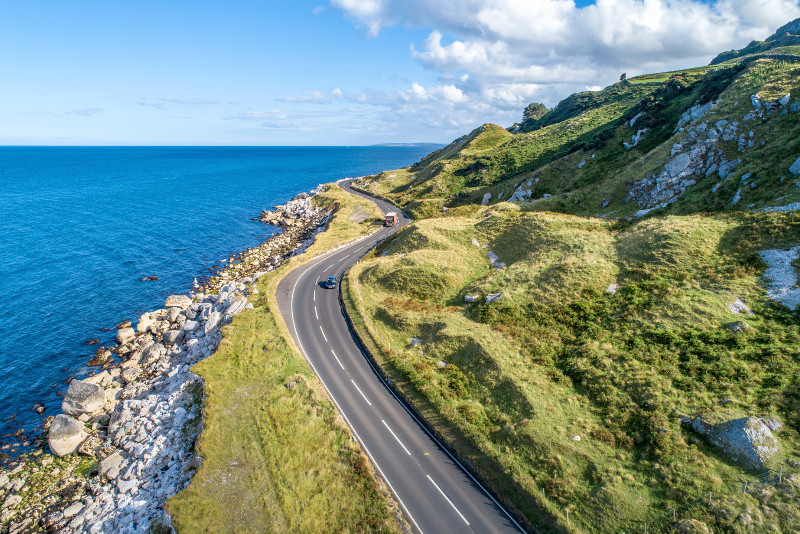 Head out on the old Antrim coastal road to the northern tip of Ireland on this full-day tour from Belfast. The locations are all within a day’s drive and most tours are aboard a coach or private car.

These tours all offer an experienced guide who can fill you in on Game of Thrones gossip and tell you about the history of the sites you visit. Some even provide props so that you can get the ultimate selfie at each location.

Some tours are given by film extras who, pertain to give you behind the scenes gossip, fun facts and anecdotes about the filming. One tour even introduces you to the real Direwolves!

Each tour is around 120 miles with 8 or 9 stops, so you might be glad to be driven by someone else!

Forty minutes from Belfast, Winterfell tours offers a 2.4 km bike tour taking in 20 Game of Thrones locations. You will be given a medieval Scroll game of thrones location map and Ipad digital guide to help you find your way and a medieval cloak costume to keep you warm!

There is a walking tour of Game of Thrones locations in Tollymore Forest Park, which joins onto the coach tour walking 2 miles (3.2kms) on a location trek.

If you have a large budget, a private 9 hour tour will take you to over 25 locations in a mini van. Your guide will provide you with a comprehensive guide and themed itinerary and pick you up and deliver you back to your hotel.

How much does a Game of Thrones Tour from Belfast cost? How to book a tour? 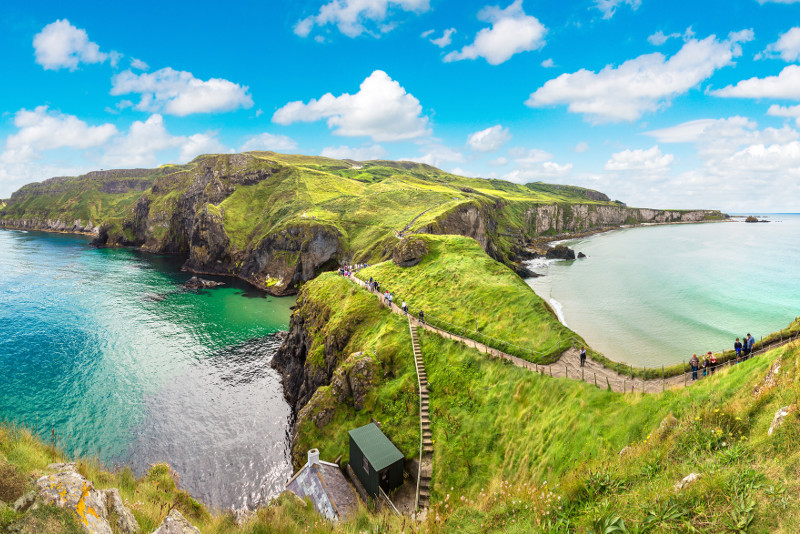 A Google search for Game of Thrones tour operators, will have you tied up in knots; there are so many on offer. It is important to first check and compare all the combined tickets and prices.

You will find Game of Thrones tours starting at €20, offered by different companies such as Viator, Getyourguide or Tiqets to name a few. All these tours normally offer the same things, such as transport to all the different locations of the films, a tour guide who will accompany you at all times and free entry to most locations.

Many providers also offer the Giants Causeway guide, a lunch, a visit to the studios in Belfast and inside gossip about filming.

Of course, group tours are cheaper than private tours, but the experience can be more dependent on who are the participants in your group.

Most tours offer free cancellation up to 24 hours in advance.

We wish all the “Thronees” out there a great day out and remember “never forget what you are, for surely the world will not…….”