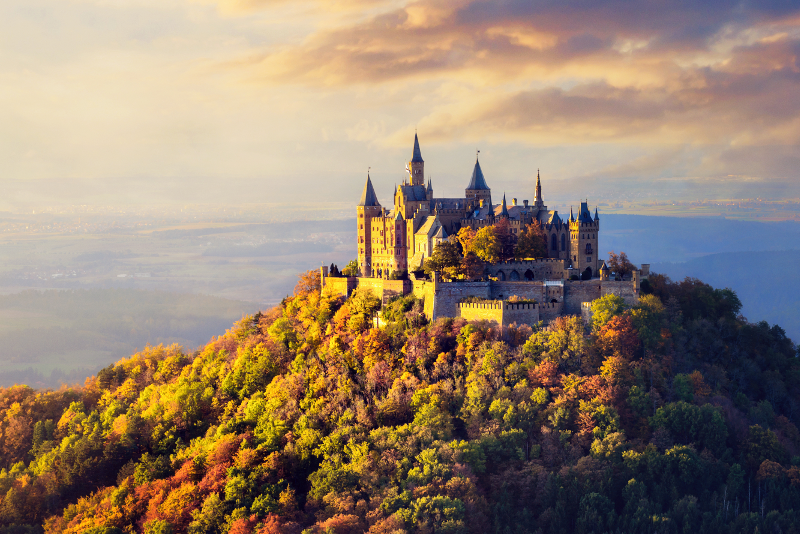 Need a break from Munich or want to explore Bavaria? Read our complete guide to the best day trips from Munich.

Munich is a springboard for some of Germany’s most interesting sights. Maximize your stay in Munich by hitting one of these exciting nearby spots.

Pick your favorite destination and have fun 🙂 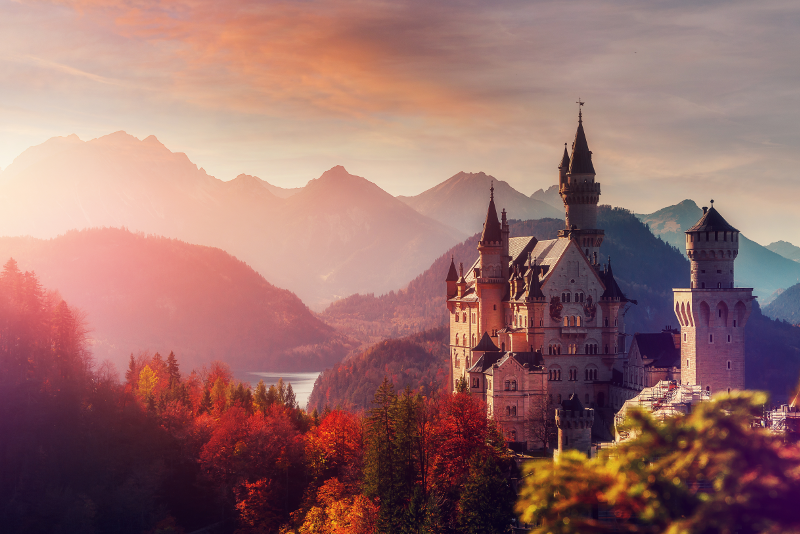 Neuschwanstein Castle is a 19th-century Romanesque Revival palace built on a hill located above the village of Hohenschwangau in southwest Bavaria, Germany. Former house of Ludwig II, King of Bavaria, Neuschwanstein Castle is well-known for its appearance, its various towers, its gatehouse, its unique interior rooms and for the charming landscape surrounding it. Get ready to witness an exceptional visual show!

There are a lot of travel websites organizing tours from Munich to visit the Neuschwanstein Castle. Make sure to compare all the deals available before booking as you will often find generous discounts. 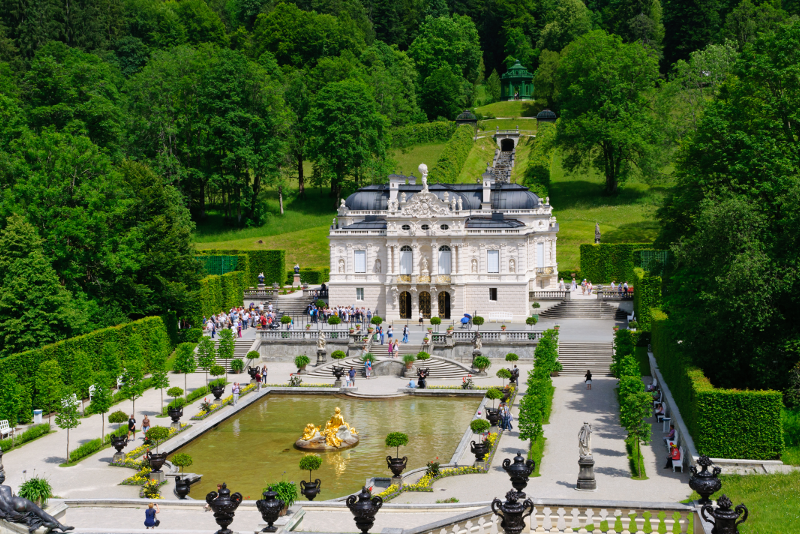 Linderhof Palace is the smallest of the three palaces built under the reign of King Ludwig II of Bavaria. It is located in southwest Bavaria. Linderhof Palace notably counts with a splendid park with luxuriant gardens, as well as unique interior rooms such as the Hall of Mirrors, the tapestry chambers and the dining room. It would be a pity to miss such an architectural gem! 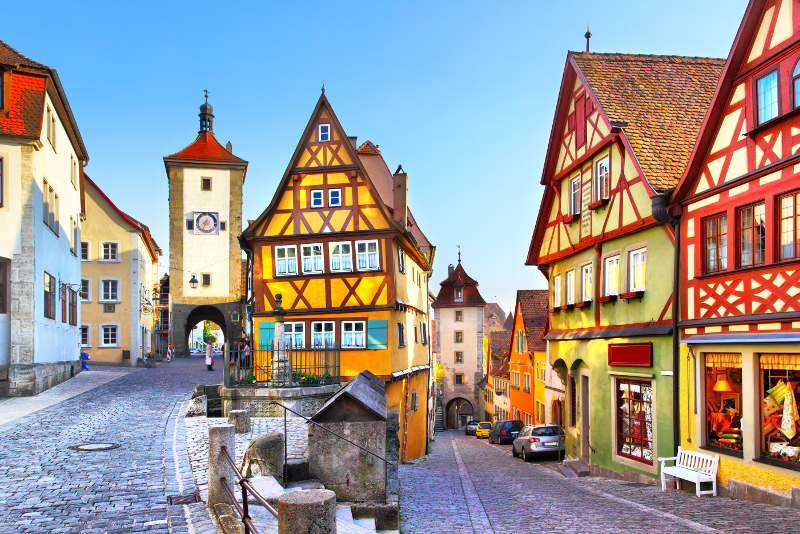 Rothenburg ob der Tauber is a well-preserved medieval old town located in Bavaria. It is well-known for its museums (notably the Christmas Museum, that counts with more than 30,000 traditional German Christmas decorations), and its town hall (it allows tourists to have a scenic view of the city). Moreover, Rothenburg served as a film location for Harry Potter and the Deathly Hallows – Parts 1 and 2. Don’t forget your wizard’s outfit before coming to the town!

Compare all the offers and pick the tour that fits best your travel needs.

Schönau am Königssee is a city located in Bavaria. It is bordered by the Königssee, Germany’s third deepest lake. Due to their charming setting, the lake and its surrounding parklands are top-rated attractions among tourists and hikers. St. Bartholomew’s Church is one of the unmissable places to visit around the city. 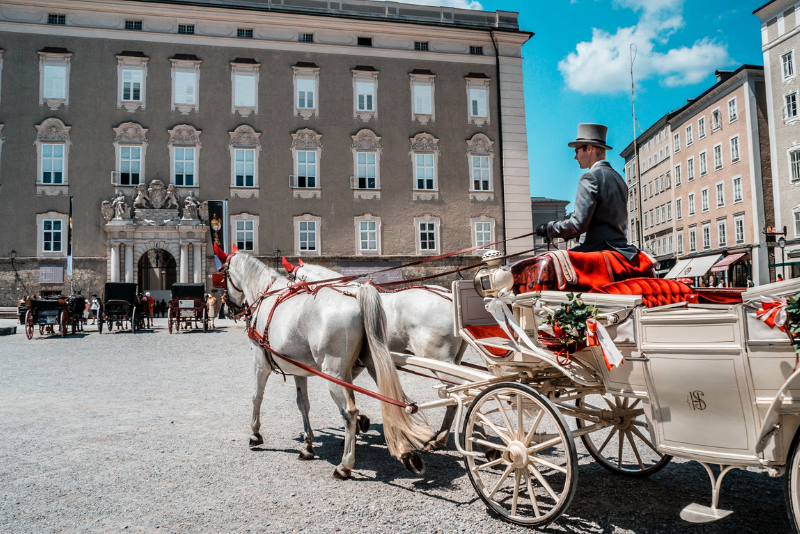 Salzburg is the capital of the State of Salzburg, in Austria. This city is internationally known for being Mozart’s birthplace and for the Baroque architecture of its historical centre, listed as a UNESCO World Heritage Site since 1996. Salzburg counts with well-known monuments like the Salzburg Cathedral, Hohensalzburg Fortress, Mozart’s birthplace, Mirabell Palace, the Schloss Leopoldskron (a rococo palace) or the Hellbrunn district. Visiting Salzburg will awake the composer’s soul that lies in you! 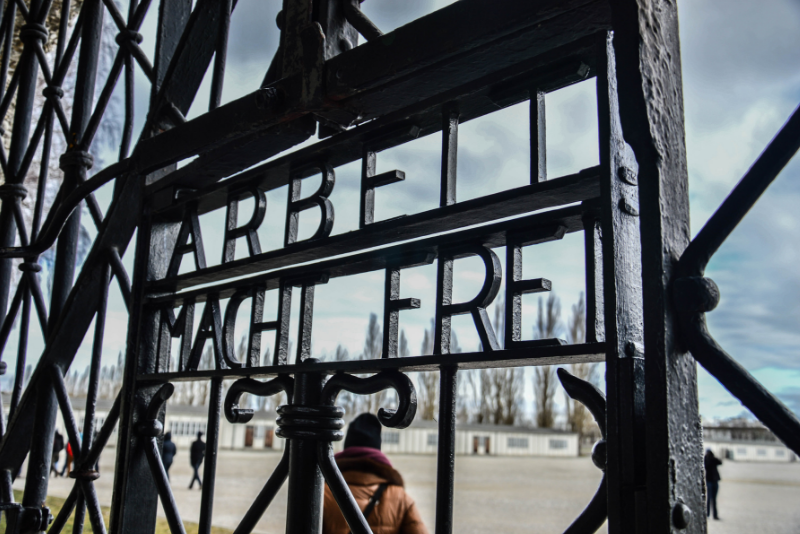 Opened in 1933 and active until 1945, Dachau was the first Nazi concentration camp ever built. Today, the camp features a memorial and counts with various sections open to the public such as the crematorium, the gas chambers, the barracks, the courtyard or the maintenance building. This place is an essential piece of the History of World War II!

There are a lot of guided tours available from Munich. Compare all the deals before booking. 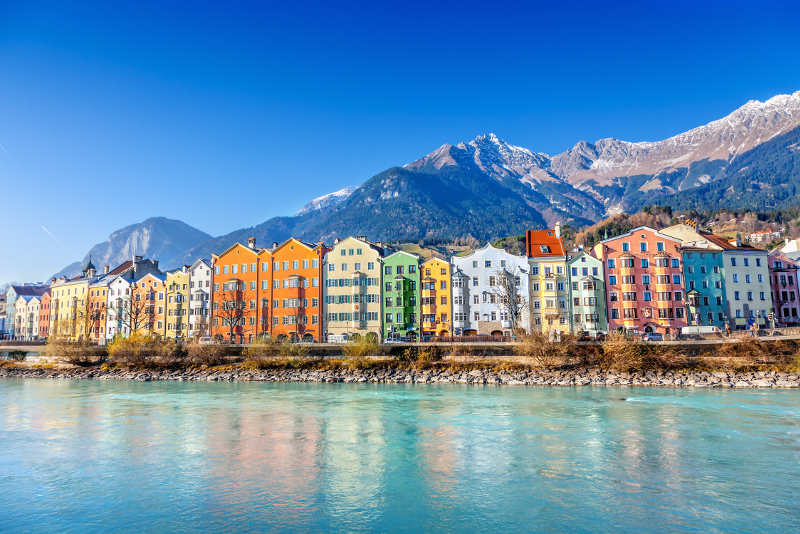 Innsbruck is the capital of the Tyrol region, in western Austria. Innsbruck also has an international status because the city hosted the 1964 and 1976 Winter Olympics. Innsbruck’s most famous monuments include the Cathedral of St. James, the Golden Roof (symbol of the town) and the Ambras Castle (situated in the hills above the city). Innsbruck is a charming place for a day trip from Munich, so don’t wait any longer and cross the border now! 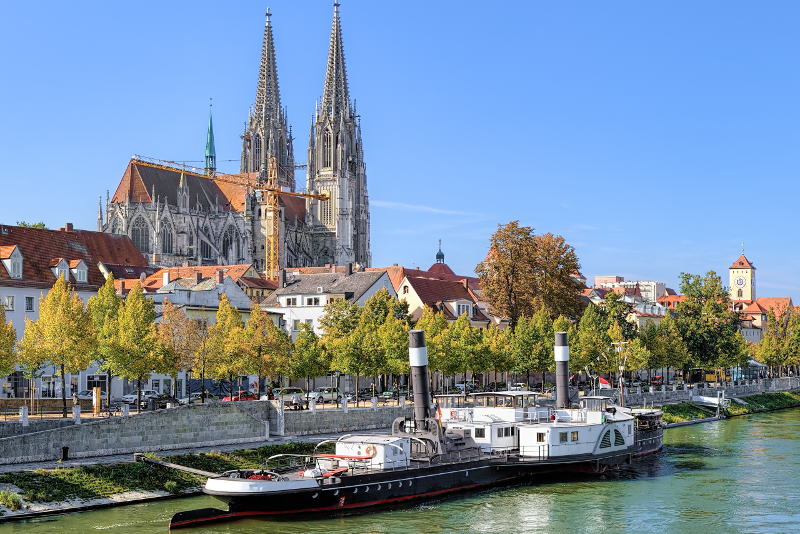 Regensburg is part of the top travel attractions in Germany. Located in Bavaria, this town is known worldwide for its medieval centre, listed as a UNESCO World Heritage Site since 2014. The medieval centre counts with attractions like the Dom (Regensburg Gothic Cathedral), the Regensburg Sausage Kitchen (one of the oldest continuously open public restaurant in the world: it opened in 1146!), the Stone Bridge or the St. Emmeram’s Abbey. Visiting Regensburg will take you back to the Middle Ages! 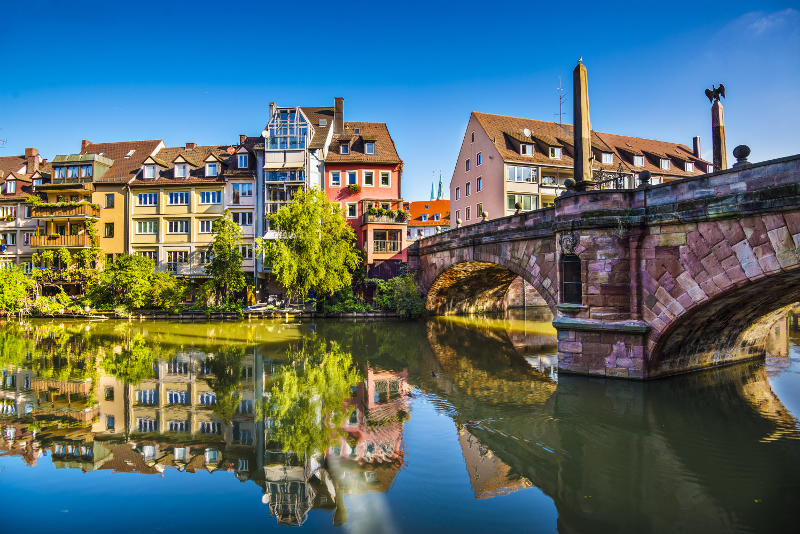 Nuremberg is the second-largest city of the region of Bavaria, after Munich. It is a charming city with some monuments from Middle Ages, like the Imperial Castle and the St. Lorenz church. It also counts with 54 different museums dedicated to science and technology, arts and culture, history, etc. Moreover, culinary tourists can taste the Lebkuchen (a gingerbread-like traditional German baked Christmas treat), Nuremberg sausages and local beer. Make sure to come to Nuremberg on an empty stomach! 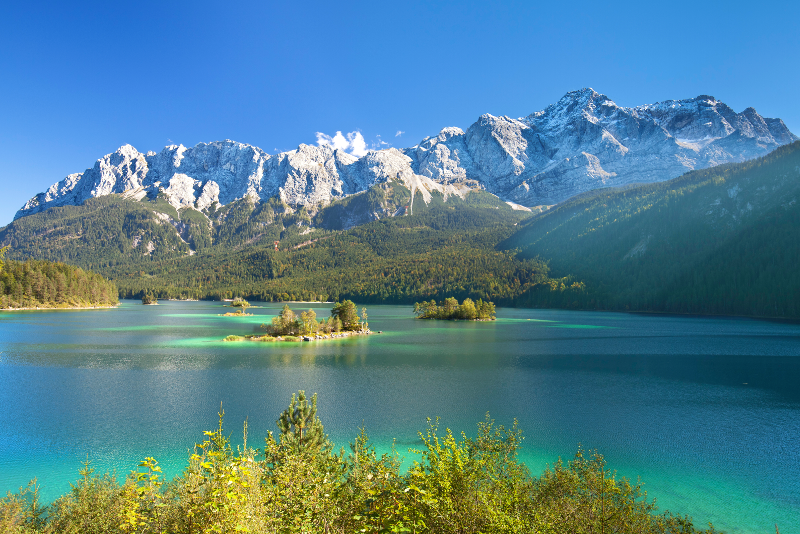 The Zugspitze is the highest mountain in Germany (2,962 metres). It is located on the border with Austria. The mountain’s ski resort, the Zugspitzplatt, is also the highest in Germany, as well as a popular skiing and snowboarding destination. Various hiking and climbing trails allow people to reach the summit on their own, and the views from the peak are astonishing. The clean mountain air is the best way to unwind!

Würzburg is a city located on the Main river, in northern Bavaria. It is mainly known for its Residence, listed as a UNESCO World Heritage Site since 1981. The Würzburg Residence notably counts with a grand staircase, a court chapel, imperial apartments, white and imperial halls, and almost 400 rooms. The Residence also owns a great square and verdant court gardens. 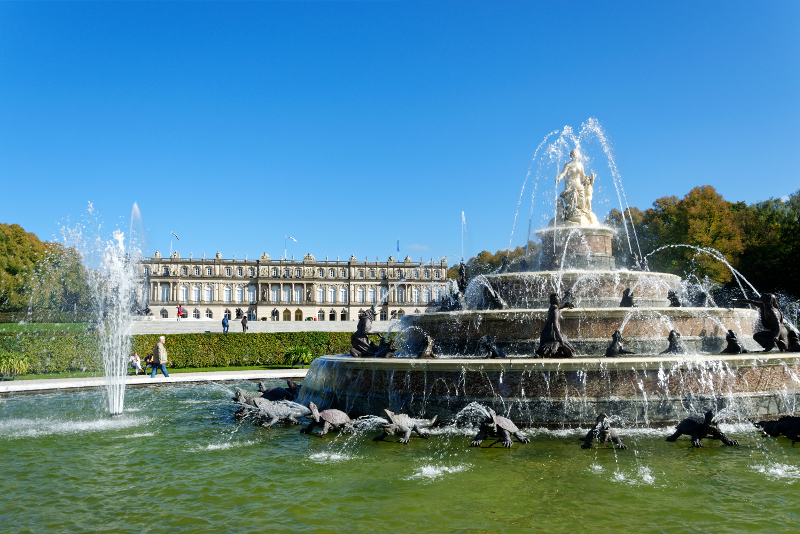 The Herrenchiemsee Palace is located on the largest island in the Chiemsee lake, in southern Bavaria. Built for King Ludwig II of Bavaria, the palace was never completed, due to the King’s death. Several rooms and areas of the Herrenchiemsee Palace are inspired by the Palace of Versailles, notably its “Hall of Mirrors”, its “State Staircase”, and its formal gardens. It’s a charming place to visit for a day trip! 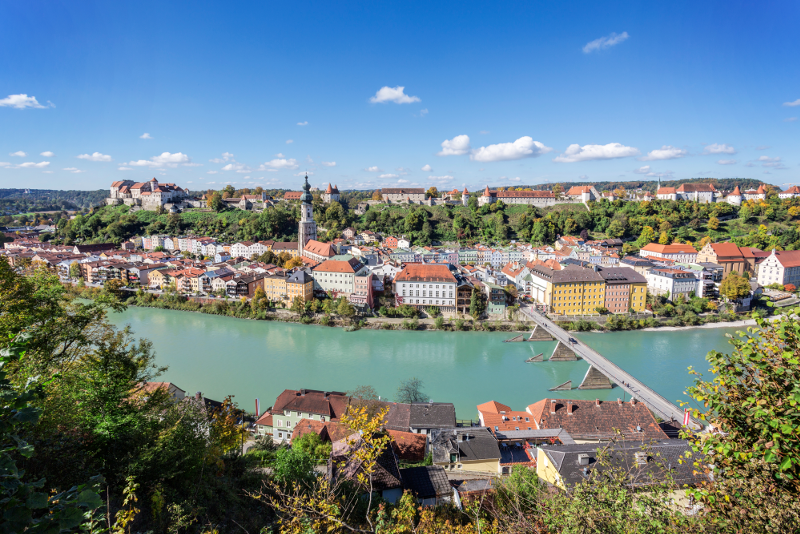 Burghausen is a German city located near the Austrian border, in Upper Bavaria. It is mainly known for its castle, Burghausen Castle, which is the longest of the world (1,051 metres). Another main attraction of the city is the Old Town, that notably includes the church St. Jakob, the Neo-classical townhall and the 16th-century former Government building. The city is a medieval masterpiece! 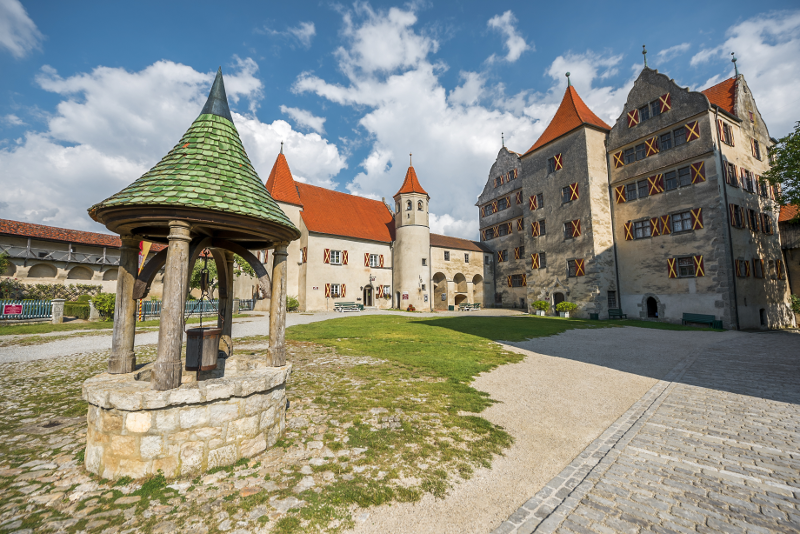 Harburg is a city located in Bavaria that counts with one of the most impressive remaining medieval castles of the country. Michael Jackson himself visited the castle, and called it “the castle of my dreams”. Another point of interest of the city is its Jewish cemetery. There is no better place to follow in the footsteps of the King of Pop!

Check the guided tours available from Munich and learn more about this fantastic city. 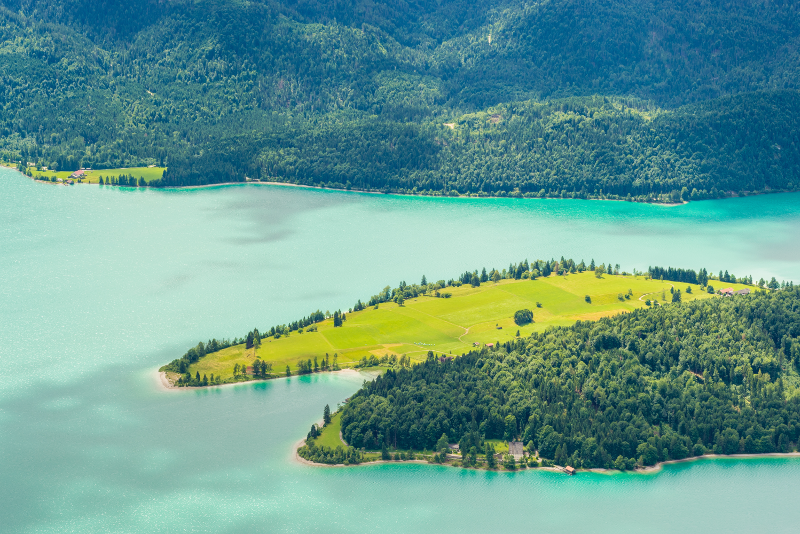 The Walchensee (or Lake Walchen) is one of the broadest and deepest (192,3 metres) alpine lakes in Germany. It is located in Bavaria. The Herzogstand mountain (1,731 metres) is situated nearby and offers the visitors a charming view of the lake and its surrounding landscape. Windsurfing, sailing, scuba-diving and hiking fans are always satisfied when they come to the lake, as it offers them tons of different activities to make them plenty enjoy their day! 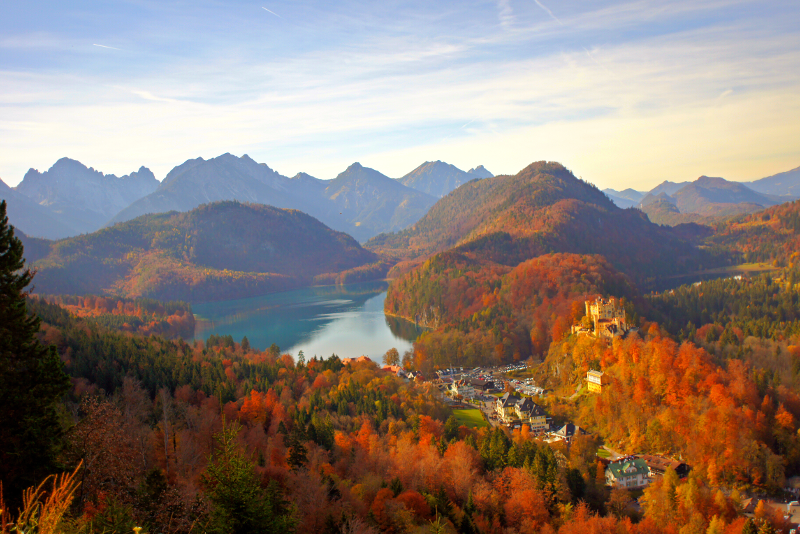 Oberammergau is a city located in Bavaria. It is well-known for its numerous woodcarver shops and woodcarving works of art, its frescoes and its passion play. First played in 1634, Oberammergau Passion Play is performed every ten years at the end of each decade and consists of a staging of Jesus’ passion. Oberammergau is a charming and typical Upper Bavarian town! 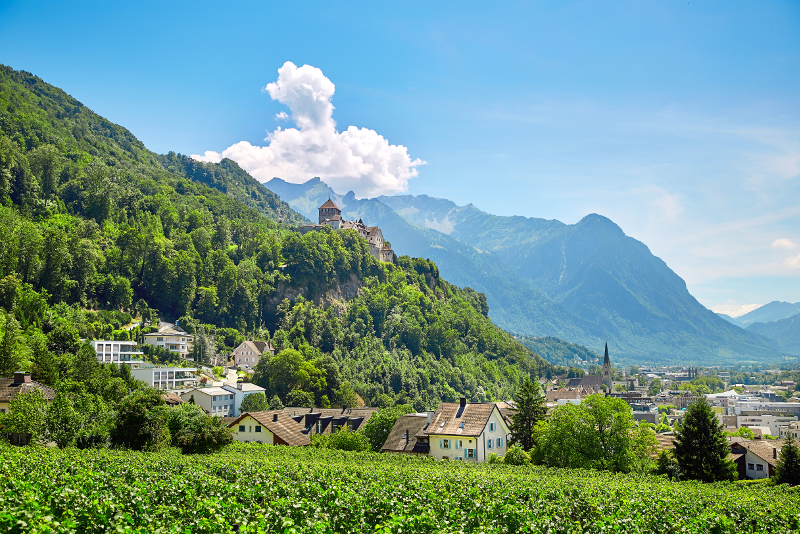 Vaduz is the capital of Liechtenstein. The city is located almost 250 kilometres away from Munich. Even if only 5,600 inhabitants live in Vaduz, the town counts with a well-developped tourism industry, as worldwide tourists regularly visit monuments like the Parliament building, the Museum of Fine Arts, the Cathedral of St. Florin or the surroundings of the Vaduz Castle. Vaduz may be small by its size, but is amazing thanks to its rich natural and cultural heritage! 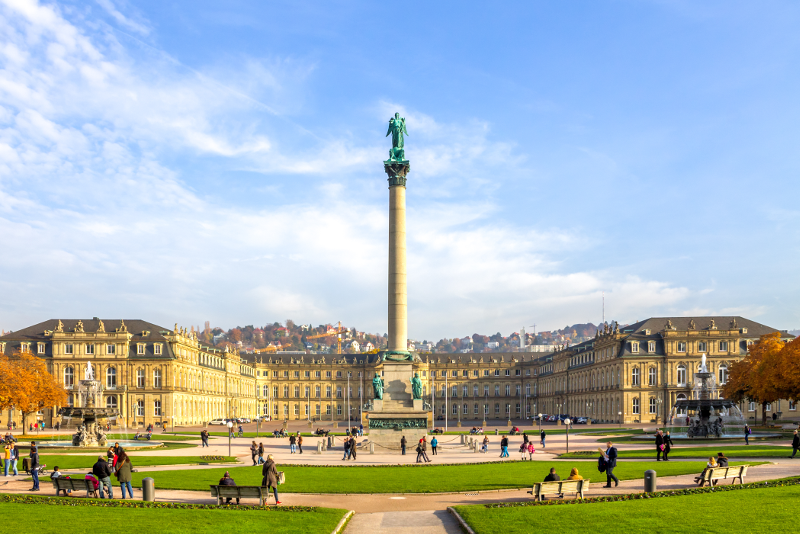 Stuttgart is the capital of the State of Baden-Württemberg, in Germany. Some major attractions of the city include the Schloßplatz (Stuttgart’s centre largest square), the New Palace, the TV Tower (it offers a fantastic view of the whole city), Wilhelma Zoological-Botanical Garden, the Castle Solitude and the Old Castle. Stuttgart also counts with the headquarters of the companies Mercedes-Benz and Porsche, each one owning a dedicated museum in the city.

Skywalk Allgäu is a tourist attraction located in the forest near the city of Scheidegg, in Bavaria. Situated 40 metres above the forest floor, it consists of a treetop trail that allows hikers to have a stunning view over the Alps and the region around of the Lake Constance. It is also the perfect spot for stunning sunset pictures. 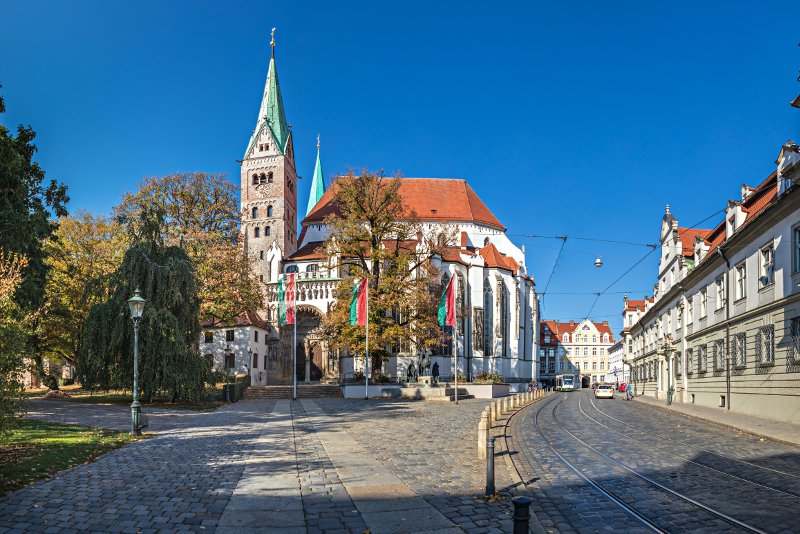 Augsburg is the third-largest city of the State of Bavaria, after Munich and Nuremberg. Some major attractions of the town include the Fuggerei (world’s oldest social housing complex still in use), Augsburg Zoo (it counts with more than 1,600 animals), the Roman Catholic-style Cathedral of Augsburg, and the Town Hall and its 70-metre-tall tower. Augsburg is a picturesque city that will easily keep you busy for a day!

Bavaria Filmstadt is a theme park located in the film production company called “Bavaria Film”, in Grünwald, 12 kilometres southwest of Munich. It offers guided visits of the film studios, as well as interactive experiences about the films shot in the studios (notably the famous “The NeverEnding Story”), and the screening of a 4D movie. Thanks to Bavaria Filmstadt, you’ll discover if you have the qualifications to become a Hollywood star! 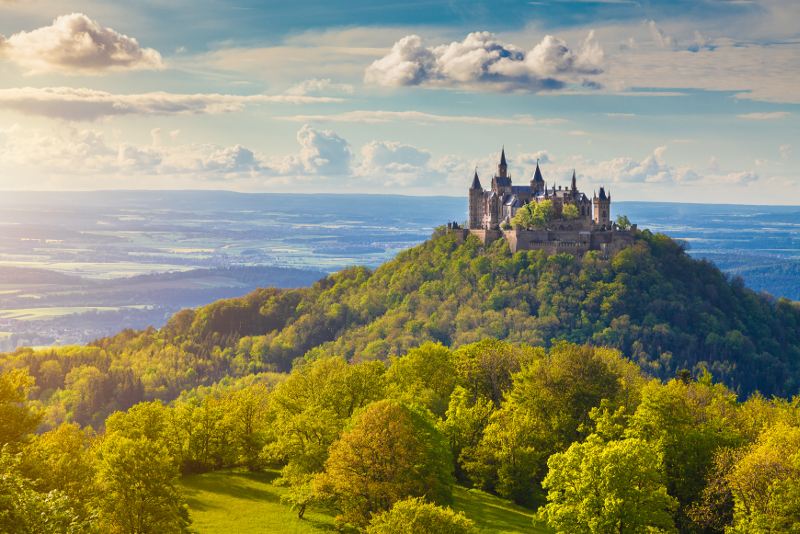 Hohenzollern Castle is a German Gothic-Revival style castle located in the State of Baden-Württemberg, 260 kilometres away from Munich. Visited by more than 300,000 tourists each year, Hohenzollern Castle is the former residence of the German Emperor Wilhem II. It is mostly known for its military architecture, palatial buildings, chapels and its gardens. You’ll get a stunning look at the isolated peak of Hohenzollern as the mountain rises over the countryside, crowned by this mind-blowing 19th-century castle at its top! 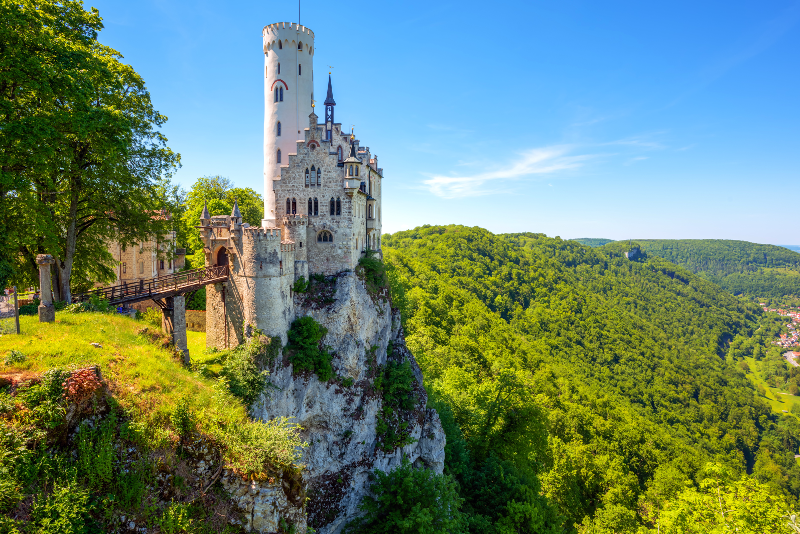 Just like Hohenzollern Castle, Lichtenstein Castle is a German Gothic-Revival style castle located in the State of Baden-Württemberg, 215 kilometres away from Munich. Inspired by the novel “Lichtenstein” by Wilhelm Hauff, it is also described as the “fairy tale castle of Württemberg”. If you want to dream and feel like being in a fairy tale, you now know where to go!

Hope you enjoyed our recommendations of day trips from Munich. Don’t hesitate to comment below if you have some questions or other cool places nearby Munich to recommend.