After Christmas comes the most exciting celebration of the year – New Year’s Eve! It’s time to say goodbay to 2017 and welcome the New Year with some razzle-dazzle fireworks. As the whole world shares this pyrotechnics tradition, we have scoured the globe to present you some of the most stunning New Year’s firework displays. Keep scrolling and you’ll be amazed by the sparkles! 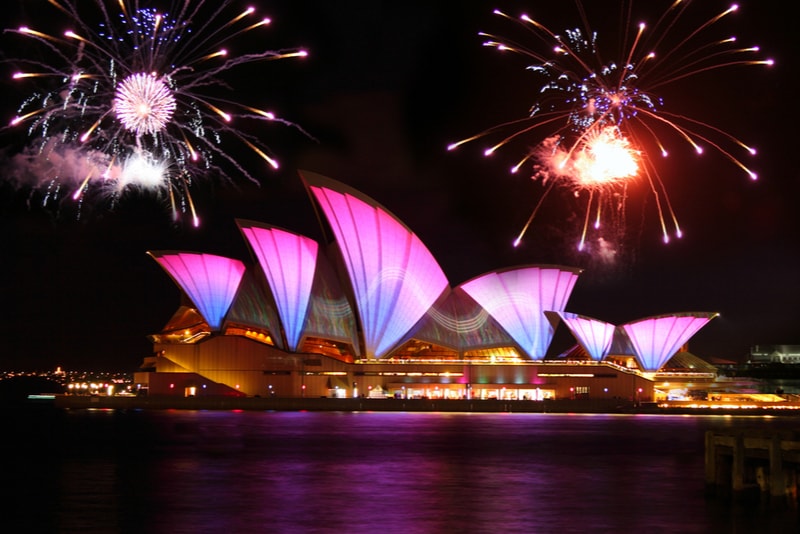 Sydney plays host to the world’s biggest firework display while being one of the first cities to ring in 2018. With the iconic Sydney Opera House and Sydney Harbor Bridge joining the pyrotechnics fairground, oodles of colorful eruptions are set off across the water, presenting the most dramatic firework show you can imagine. Meanwhile on the waterfront, a New Year’s celebration involving an audience of over a million people offers air and water show that includes aerial acrobatics, an Aboriginal smoking ceremony, as well as the Harbor of Light Parade gathering more than 50 dazzling boats on the water. 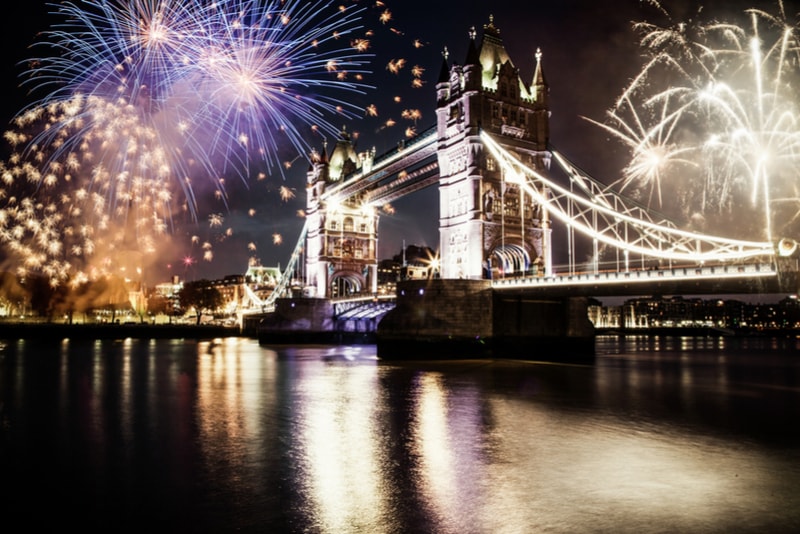 One of Europe’s most impressive New Year’s pyrotechnical show that can rival the Sydney Harbour, comes London! As the iconic chimes of Big Ben herald the arrival of 2018, copious flashes are set to flare up the night sky of the British metropolis. Famous landmarks such as the London Eye, the Palace of Westminster and the London Bridge make for a stunning setting for the sparkles and thunders of fireworks. Following the light show are heaps of after-parties where revelers have fun till wee hours. 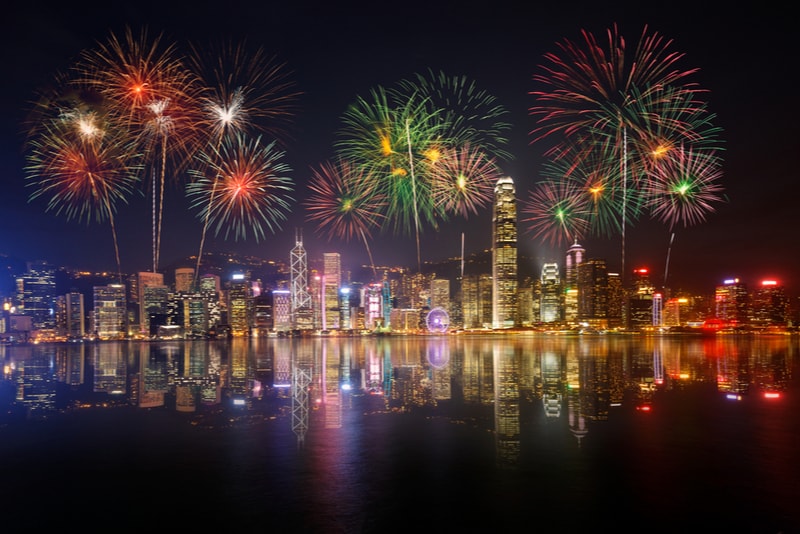 In Hong Kong, a compelling firework extravaganza launched from both skyscrapers and barges paints the world’s most dramatic skyline every year on December 31. In this annual countdown celebration, thousands of revelers flock to the banks of Victoria Harbor to get the best vantage point of the sublime pyromusical show. The fireworks normally starts 60 seconds before midnight, and as New Year approaches, the whole city explodes into bursts of sparkles and merriness. 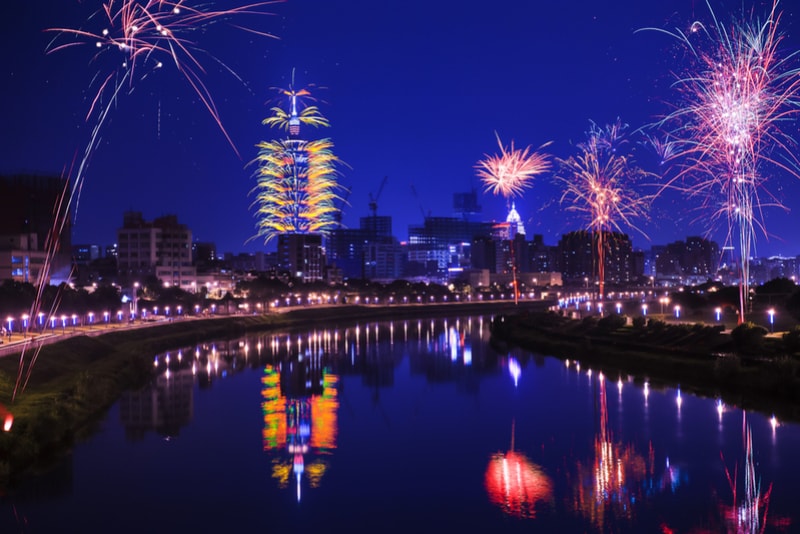 One of the world’s tallest buildings Taipei 101 is the centerpiece of the city’s New Year’s pyrotechnics. The looming skyscraper turns into bursts of light dance while fireworks are shot out of every corner and from every floor of the building. The striking pyrotechnics is matched with a massive LED show projected on the tower’s surface, affording a powerful visual experience to tout the advent of New Year. 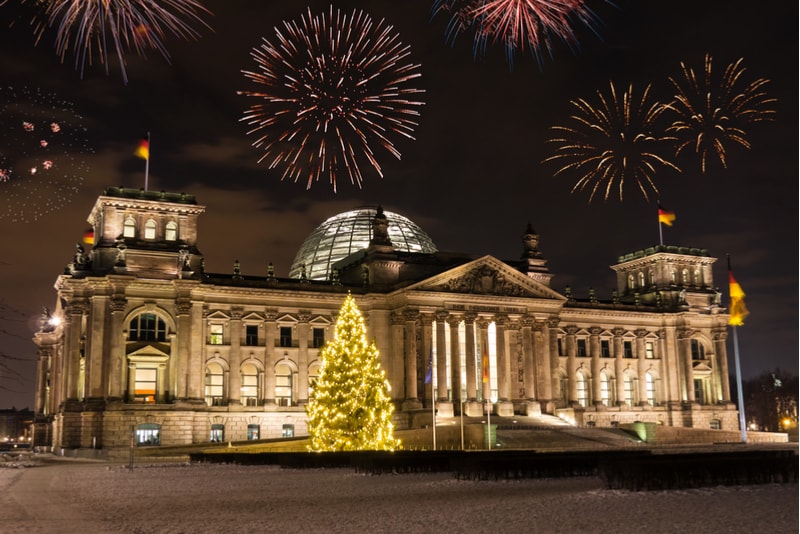 The New Year’s pyrotechnical performances in the German capital comes with pounding musics and hi-tech laser shows. The whole city throws a huge party and Brandenburg Gate is at the epicenter. The midnight pyrotechnics fires more than 2,000 separate fireworks, and is followed by countless parties along the famous “Party Mile” – a two kilometer-long stretch of bars, food stands, music stages and party tents. 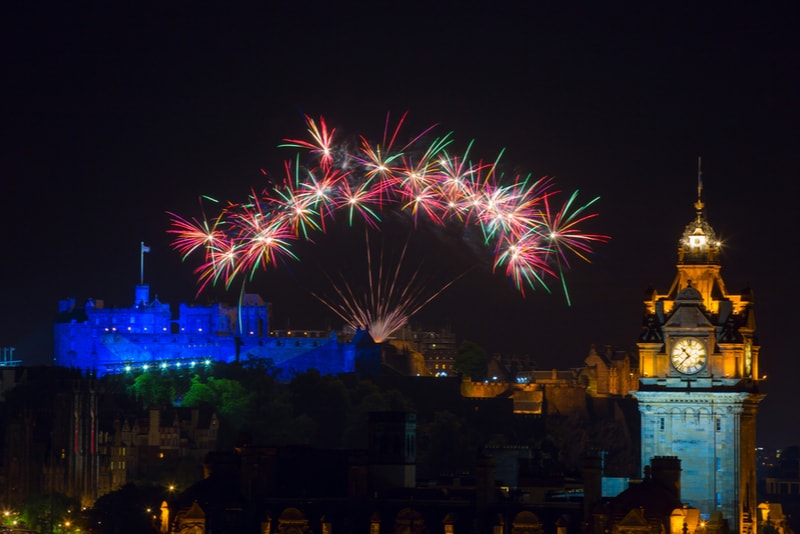 Edinburgh’s Hogmanay (meaning “last day of the year”) celebrations kick off on December 30 with the Torchlight Procession – a march through the city of over 35,000 blazing torches – and culminate in a colorful mix of lights and explosions over Edinburgh Castle on December 31. In the streets is a national sing-along of “Auld Lang Syne”, where everybody goes hand-in-hand with one another and performs the biggest and loudest rendition in the world. 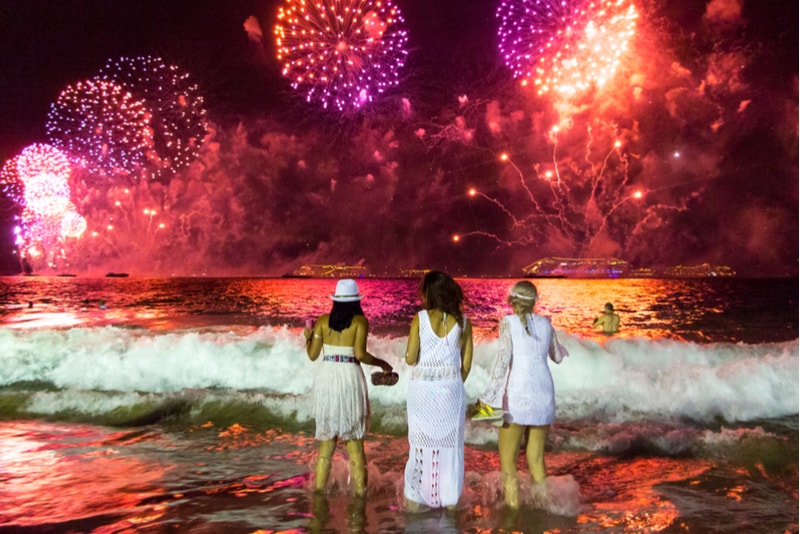 The world-renowned Copacabana Beach in Rio de Janeiro holds the world’s biggest New Year’s Eve party that accommodates more than 2 million people. On December 31, merrymakers cram the four-kilometer stretch of sand to view one of the most jaw-dropping firework displays in the world. The ample sky of Rio is set to be painted in a mind-boggling number of colors and sparkles in rejoicing the coming of New Year.

Which fireworks show is your favorite? Leave a comment below and tell us what you think! We wish you a happy New Year!