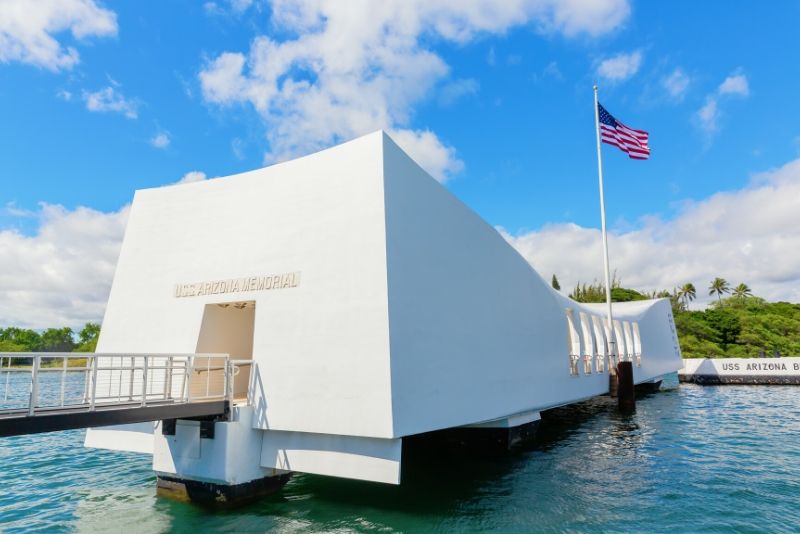 If you’re after the best Pearl Harbor tours, you’ve come to the right place. We’ve listed the 19 most exciting trips you can experience during your visit.

Pearl Harbor is one of the most historical events in US history. And so it’s become a huge tourist attraction, with millions flocking to the island of Hawaii each year to learn about that fateful day on December 7th 1941. 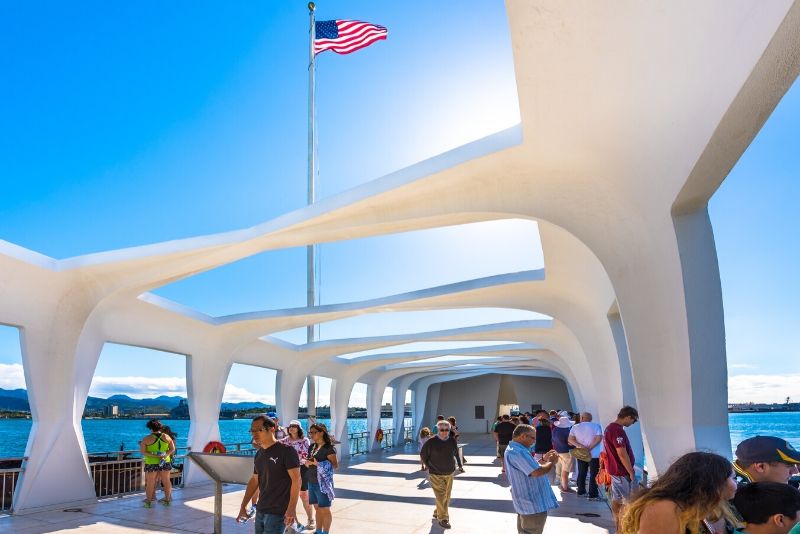 Join a small group tour and skip the line for a trip to USS Arizona from Honolulu.

USS Arizona Memorial sits above the sunken battleship of the same name and offers the chance to learn about the history of Pearl Harbor and World War II.

Round your visit up with the Attack” and “Road to War” exhibitions. 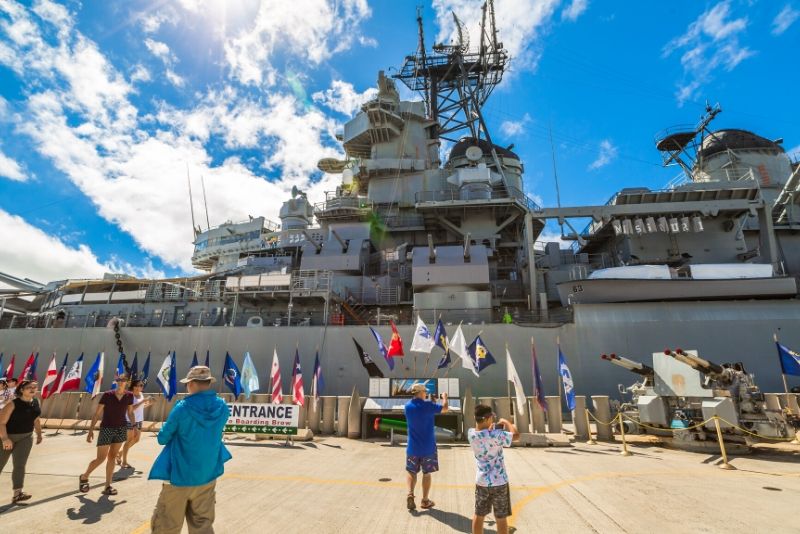 Enjoy a round trip from Waikiki and discover famous Pearl Harbor landmarks in Honolulu.

Benefits include skip-the-line access to USS Missouri, a landmark battleship; and USS Arizona, the site of the sunken Arizona ship.

The tour also features a visit to the Pearl Harbor Visitor Center and the chance to go sightseeing in Honolulu. 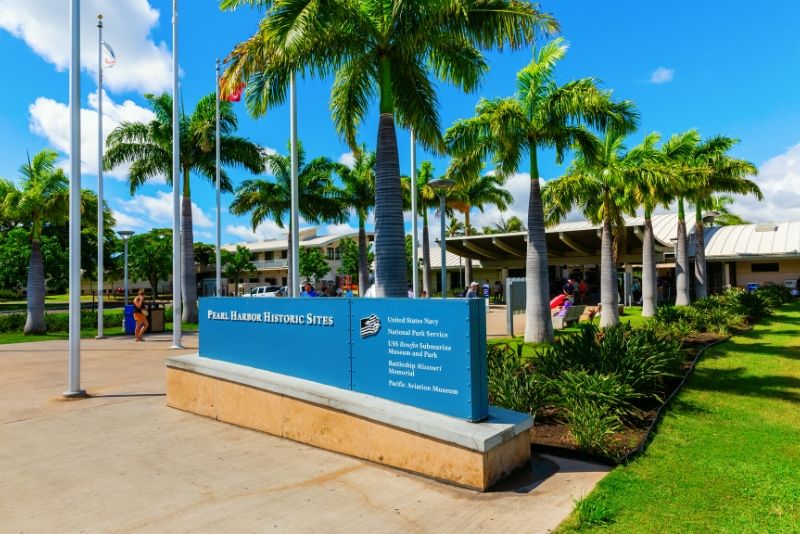 Listen to expert information from a guide on one of the best Pearl Harbor tours as you visit three essential landmarks in Honolulu.

First up is the Arizona Memorial, where you’ll learn all about Pearl Harbor and World War II.

Next, explore downtown Honolulu before driving through the Punchbowl National Cemetery of the Pacific to see Iolani Palace, the only royal residence that exists in America. 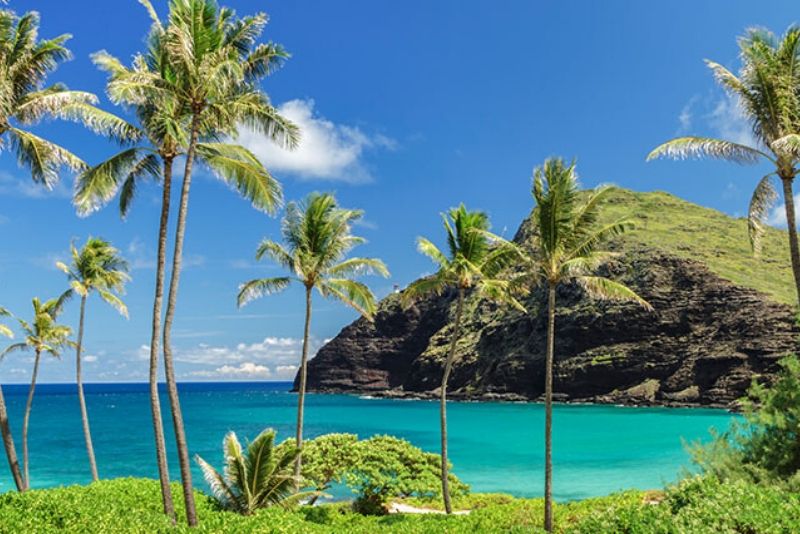 Go on an adventure with this full-day sightseeing tour that includes historic Pearl Harbor sites and some of the best landmarks that Oahu has to offer.

Discover the history of World War II at the USS Arizona, see world-famous beaches on the North Shore and enjoy a frozen pineapple treat at the Dole Plantation.

Cap your trip off with a visit to the Byodo-In Temple, which is home to wild peacocks and Japanese koi carp. 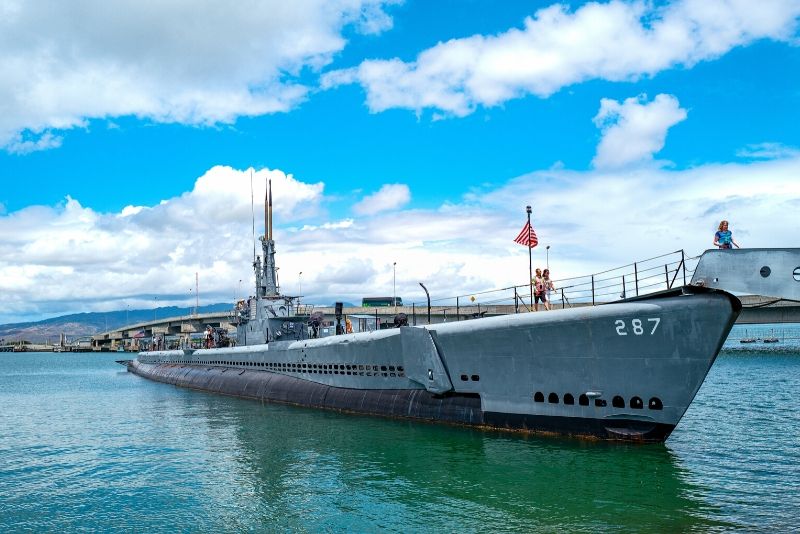 Spend the day immersing yourself in Pearl Harbor and World War II with a heroes adventure tour.

Wander the Bowfin Submarine and learn about its importance during WWII while seeing the sunken USS Arizona from the memorial site. 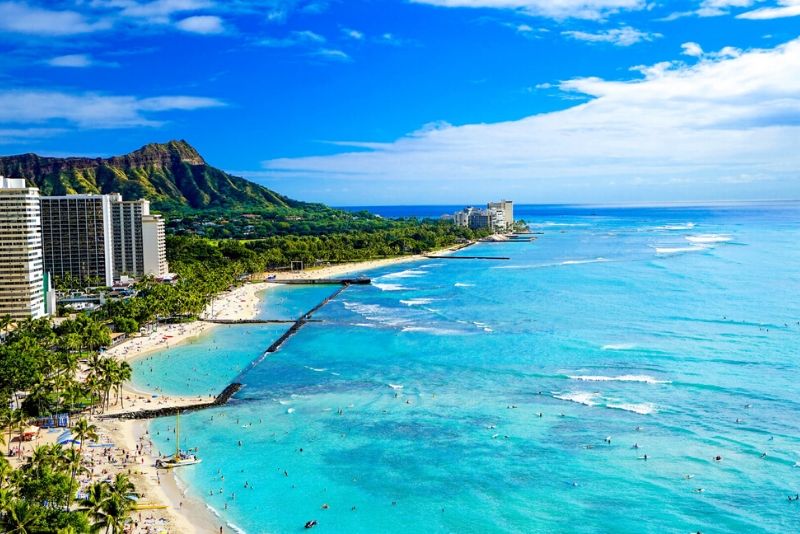 Experience a full-day Honolulu tour with a guide and learn about Pearl Harbor. See exhibits at the WWII Valor in the Pacific National Monument and head to the USS Arizona Memorial site.

Witness a signed copy of the surrender document at USS Missouri before wrapping things up with a walk around the USS Oklahoma Memorial.

Other highlights include a visit to downtown Honolulu and a trip to the National Memorial Cemetery of the Pacific. 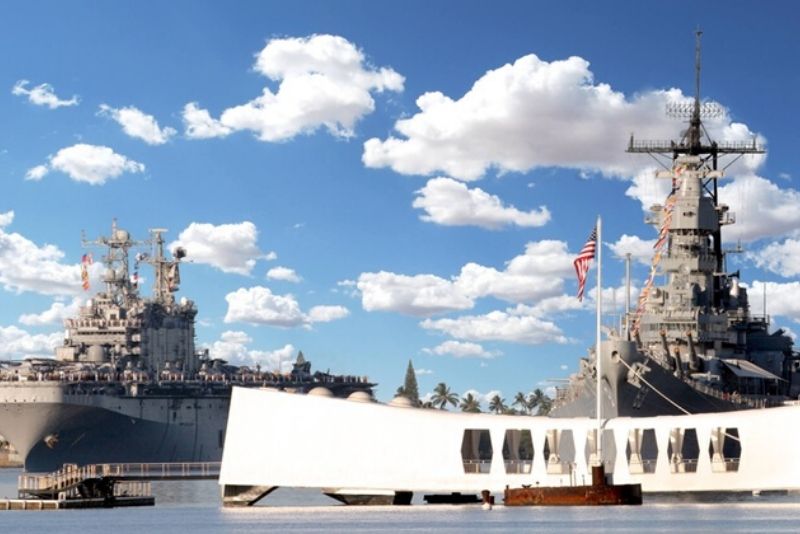 See the highlights of Oahu, including the history of Pearl Harbour with a city tour.

The trip lasts for five hours and includes the USS Arizona memorial site, the Punchbowl National Cemetery of the Pacific, Courts of the Missing, which commemorates soldiers missing from WW2, the Korean War, and the Vietnam War.

The tour finishes with a journey through Oahu’s historic district, where you’ll see landmarks like Iolani Palace, State Library and Archives, and the statue of King Kamehameha. 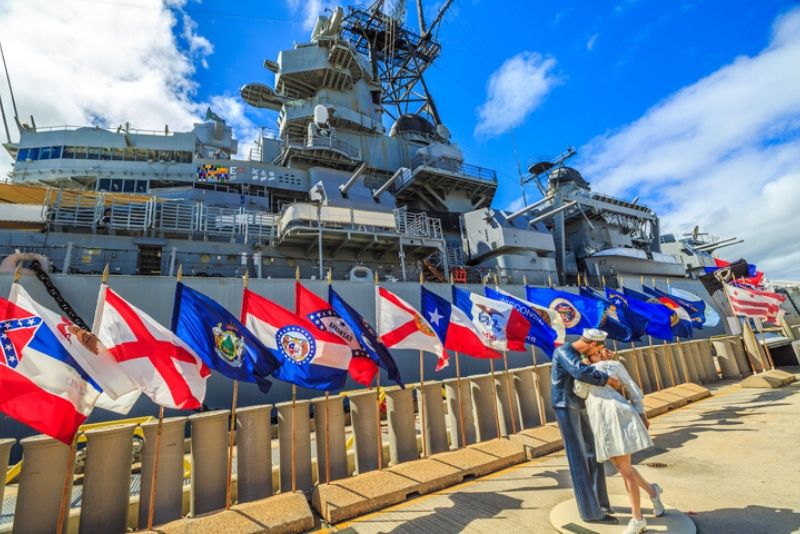 Get your full-day passport for Pearl Harbor and experience the events of December 7th 1941 with one of the best Pearl Harbor tours around.

Go at your own pace while you see the USS Arizona Memorial site, the USS Missouri battleship, and the USS Bowfin Submarine Museum. 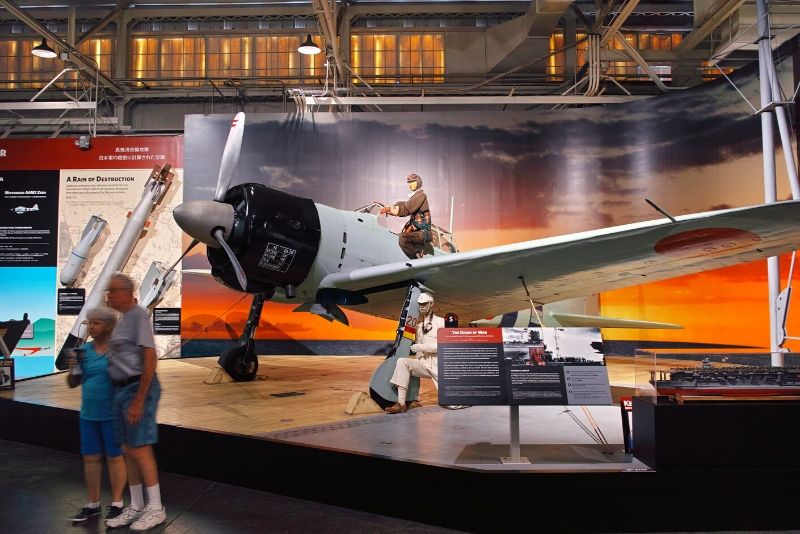 Pearl Harbor is Hawaii’s number one visited site for a reason: it’s a chance to delve into one of the most important days in the United States’ history.

This full-day tour puts you right in the heart of the action with visits to USS Arizona, USS Bowfin, Battleship Missouri, and the Pacific Aviation Museum, where you can experience the thrills of flying a WWII plane. 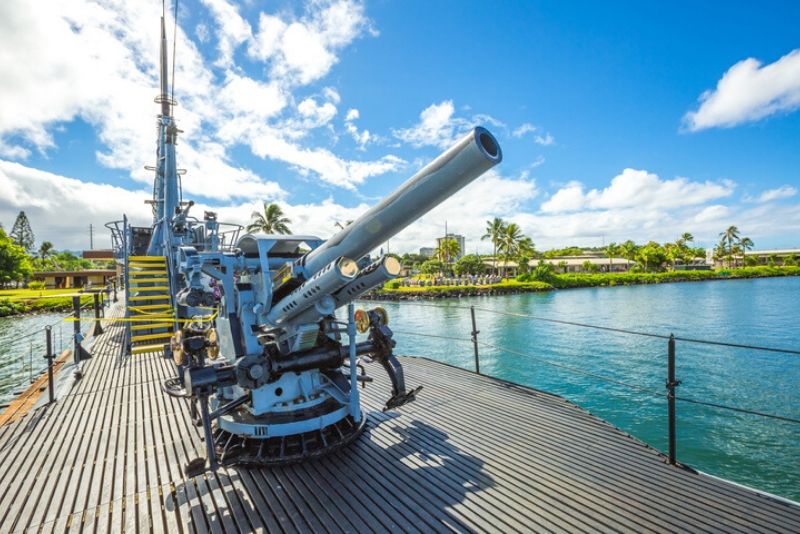 Tour Pearl Harbor with important historical trips to the USS Arizona Memorial, where you’ll view the sunken ship of the same name and see where the 1,777 soldiers who lost their lives.

Other highlights include a trip to the USS Missouri battleship and the chance to learn about the Japanese attack at the Pearl Harbor Visitor Center. 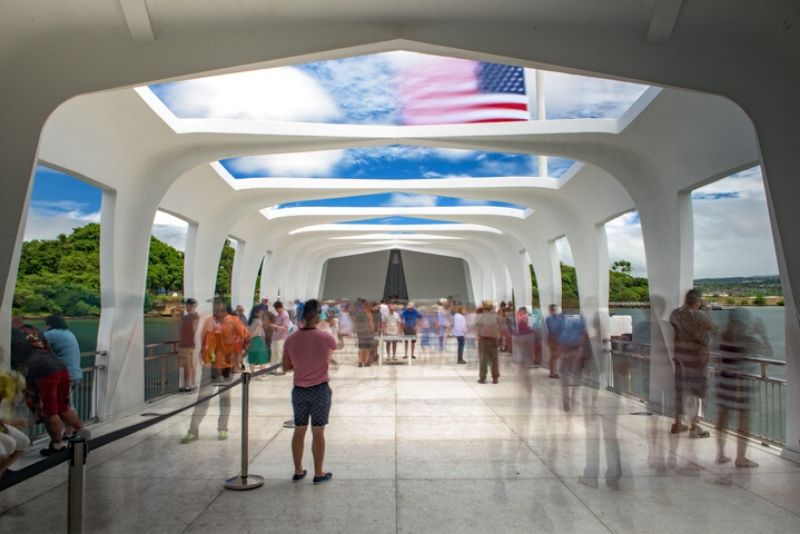 The trip lasts for three hours and details the history of Pearl Harbor. There’s also a Junior Scavenger Hunt Book and official mug for the little ones. 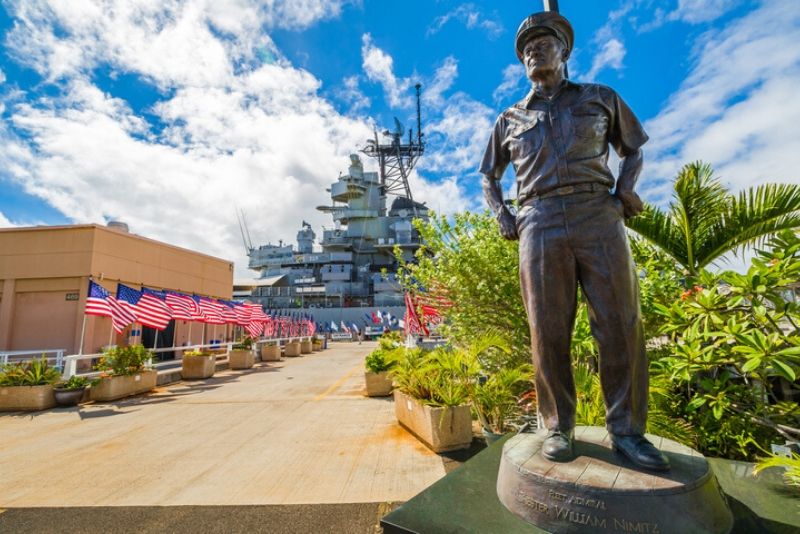 Make a day out for the family a historical one with a Pearl Harbor tour that includes private transportation.

See the USS Arizona memorial site and dig deep into Hawaii’s role in World War II, which includes the attack on Pearl Harbor on December 7th 1941, with an expert guide. 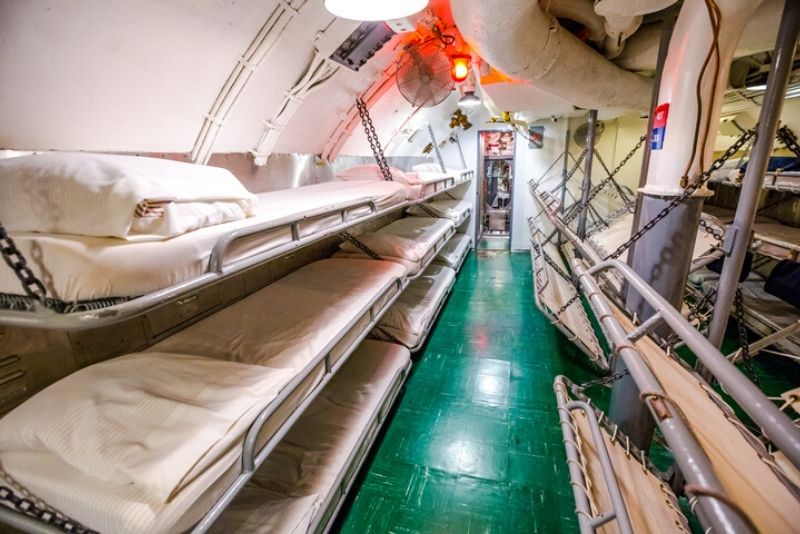 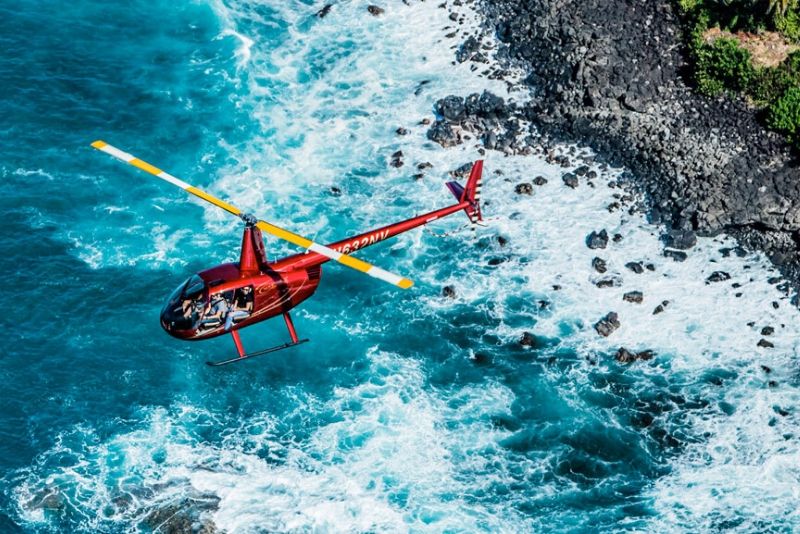 View the historic sites at Pearl Harbor and experience the city of Oahu from the air with this open-door helicopter tour.

Take off and soak up uninterrupted views of the island as your pilot narrates the history of Pearl Harbor, Honolulu Harbor, Hanauma Bay, and the Halona Blowhole.

See landmark spots like Waikiki Beach, the USS Arizona Memorial, and plenty of mountains and waterfalls. 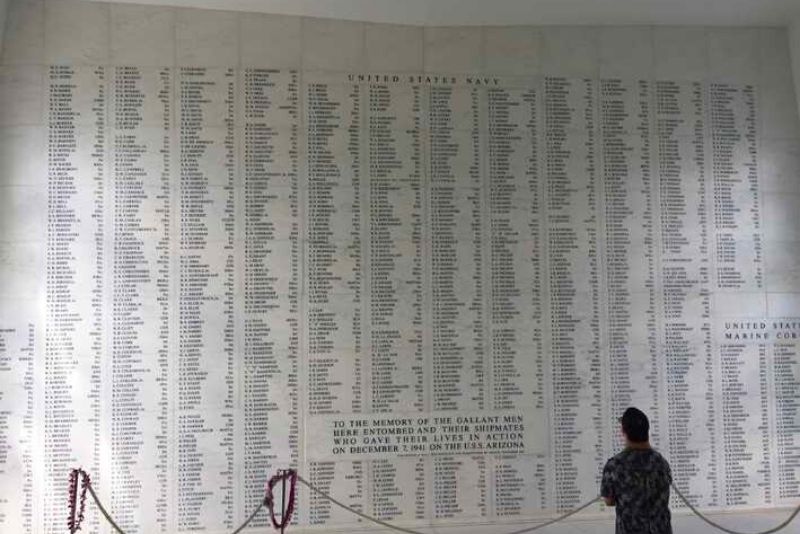 Spend the day learning about Pearl Harbour with a tour of famous landmarks.

This trip lasts between seven and nine hours and features skip-the-line queues to the USS Arizona Memorial Site and an audio-guided tour of USS Missouri.

Discover downtown Honolulu on your way back to your hotel with sites like the golden statue of King Kamehameha the Great, the state capital, Iolani Palace, and Washington Place. 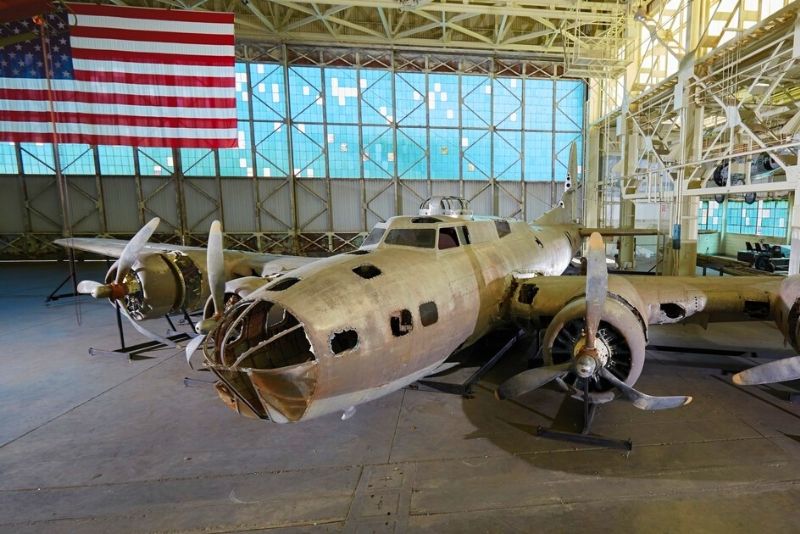 One of the most popular half-day tours, this trip provides the chance to see the USS Arizona Memorial and the Virtual Reality Center at the Pearl Harbor Visitor Center.

You’ll also visit the Pacific Aviation Museum where you can see a collection of military aircraft and take the opportunity to experience a WWII flight simulator. 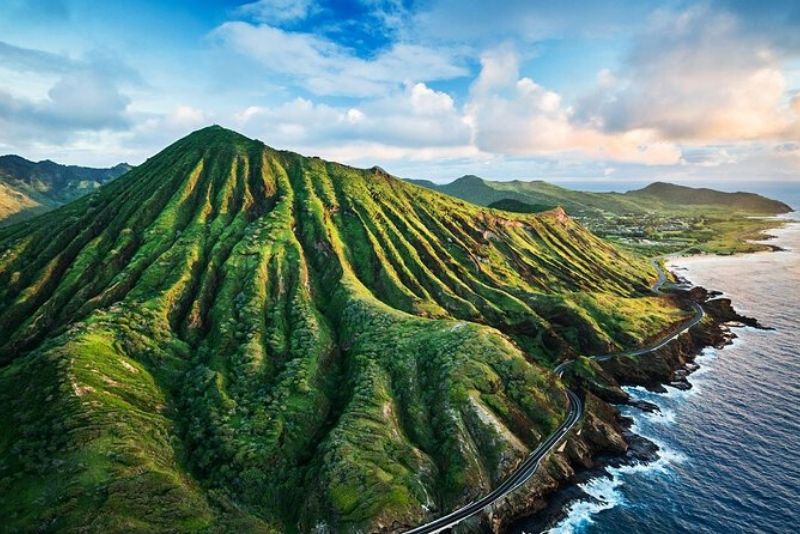 Soak up all the sights around Oahu Island, including a visit to Pearl Harbor with this Oahu Island highlights tour.

Enjoy pick up from your hotel, where you’ll be whisked away to the Arizona Memorial.

Next, experience a journey around the island of Oahu and take in the views at Nu’uanu Pali Lookout, visit the Byodo-In temple, and visit the world-famous Dole Plantation. 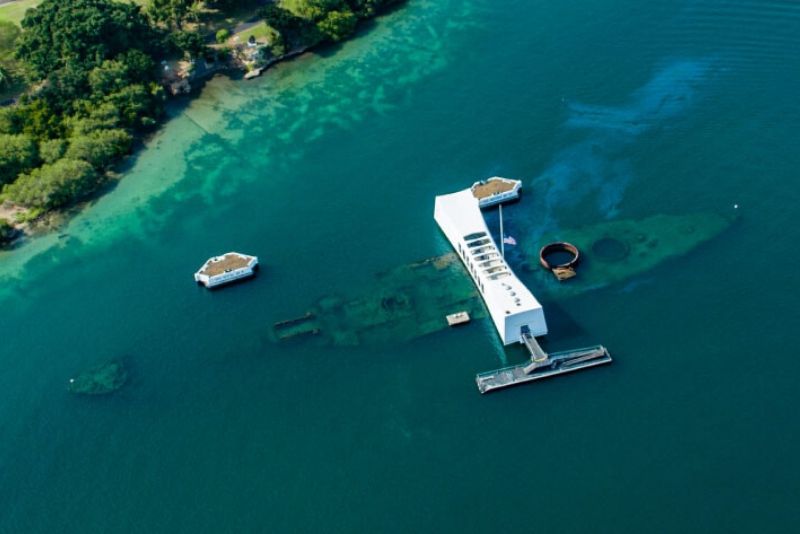 Take a day trip from Maui island and experience one of the best Pearl Harbor tours.

Wander the USS Missouri and see where the surrender agreement was signed before heading to downtown Honolulu to see the sights.

19 – Oahu Day Trip to Pearl Harbor from the Big Island 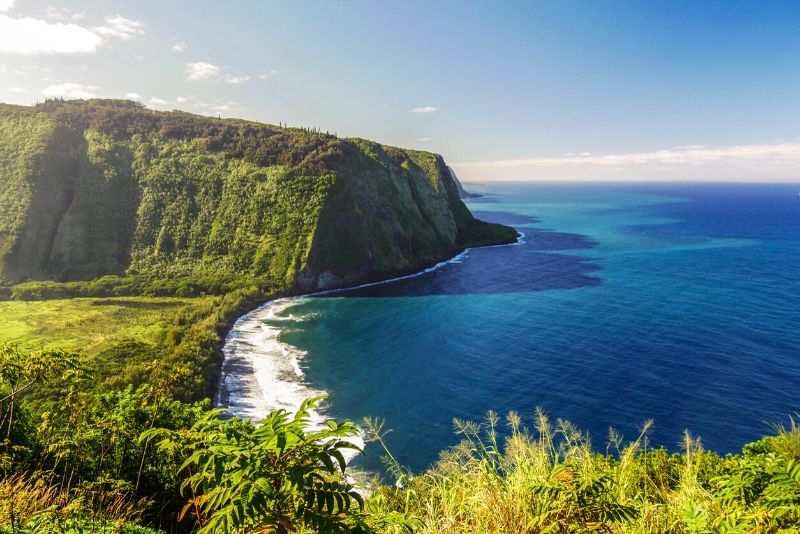 Tour Pearl Harbor from the Big Island and transport yourself back to December 7th 1941, the historic day where the United States entered World War II after Japan attacked Pearl Harbor.

Stand on the USS Missouri and see where the surrender agreement was signed and observe downtown Honolulu with its Westminster Abbey of the Pacific and Ionali Palace.