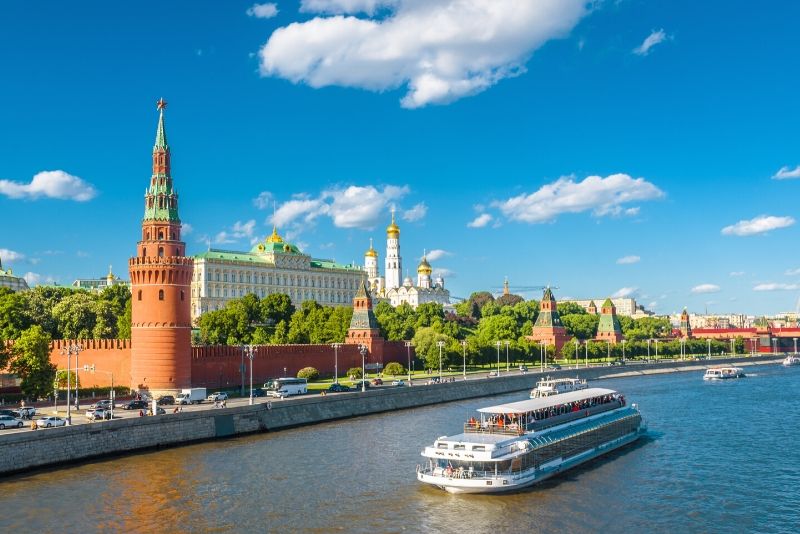 Are you planning a visit to the capital of Russia and looking for the best Moscow tours? From Red Square to the Kremlin and from world-class art to fairytale buildings, Moscow is an enchanting city that offers plenty of excitement and elegance. Its history dates back more than 800 years, and there is culture in abundance for visitors to immerse themselves in.

Make the most of your visit with 17 of the best Moscow tours that let you see everything the city and its surroundings have to offer.

1 – Guided Tour of the Moscow Metro 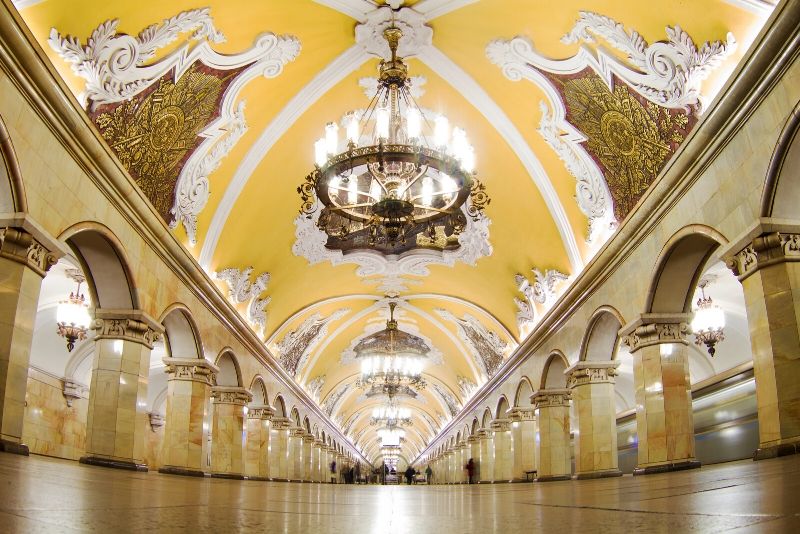 Moscow’s metro is world-famous, thanks to the architectural delights on offer underground stations around the capital. This guided tour of the Moscow stations, otherwise known as “the palace of the people” lasts for 1.5 hours and includes an English-speaking guide who will tell you how the Russian metro became one of the most beautiful in the world. Highlights include Mayakovskaya station with its aviation-themed mosaics. 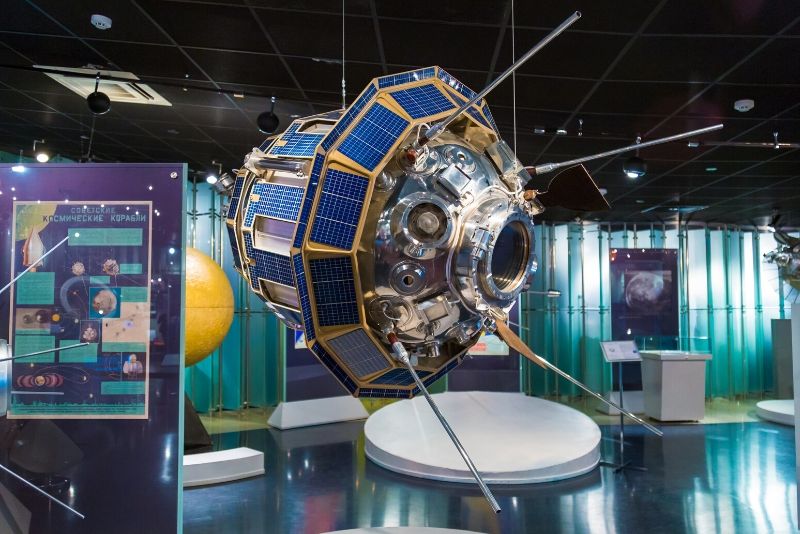 Discover Cosmonautics Museum with this space tour. Dive into one of the greatest battles between the Soviet Union and the United States – the space race. Hear about the space programs of the USSR and learn about how the USSR shaped space travel and technology.

3 – Guided Tour of the Kremlin 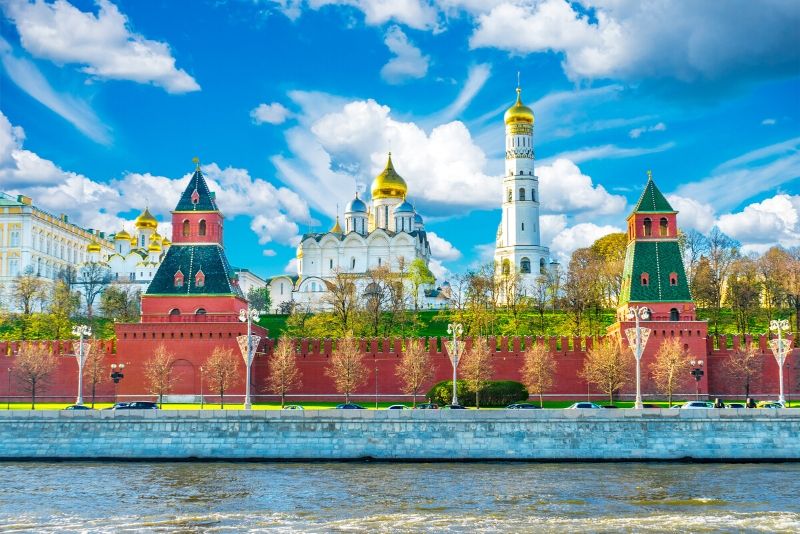 A Kremlin is actually a citadel in Russian towns, and Moscow’s version is, without doubt, the most famous. The Kremlin is the heartbeat of the city, and this guided tour takes you to the most important points of interest. See Cathedral Square with its orthodox temples; Tzar Cannon with its 890mm calibre, which is the largest in the world; and the exterior of the all-important government buildings that are located within the Kremlin’s walls.

Click here to learn how to book Kremlin tickets. 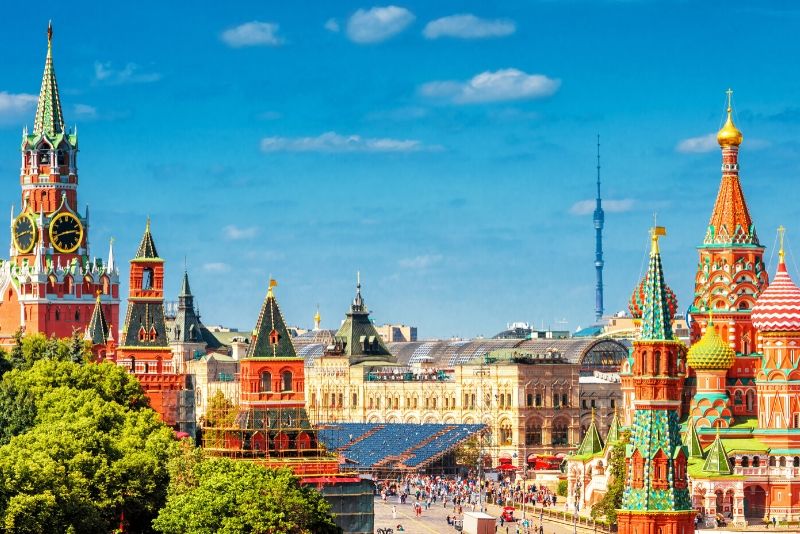 One of the best Moscow tours for seeing everything the city has to offer, this small-group walking tour lasts for 2 hours and includes an expert guide. Make the most of the capital and see the cobbled spaces of Red Square, take pictures of St Basil’s Cathedral, visit the elegant Bolshoi Theatre, and enjoy the ornamental Alexandrovsky Garden. 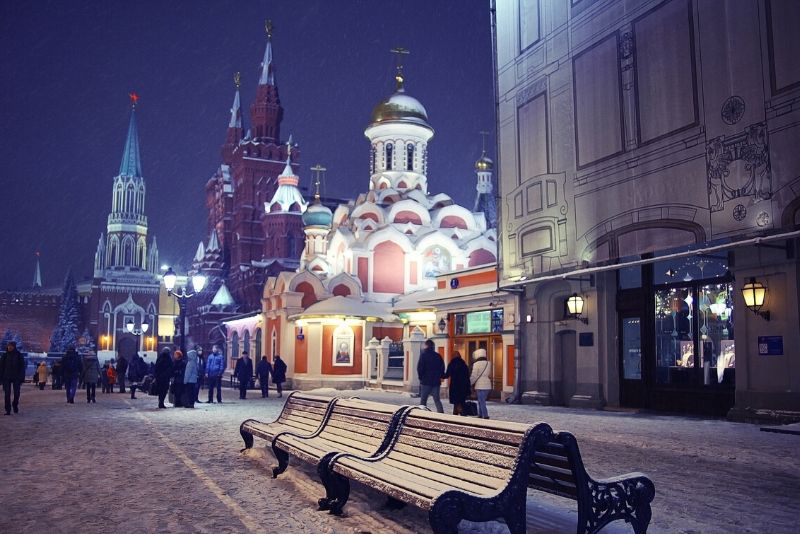 When the sun sets, the fun begins – and it all starts with a night tour of Russia’s most famous city. The beauty of Moscow comes into full effect after hours, as iconic buildings like St Basil’s Cathedral illuminate against the night sky. Other locations on this tour include the Moscow River and the Ukraine Hotel, which is a landmark skyscraper that was constructed during the era of Stalin. 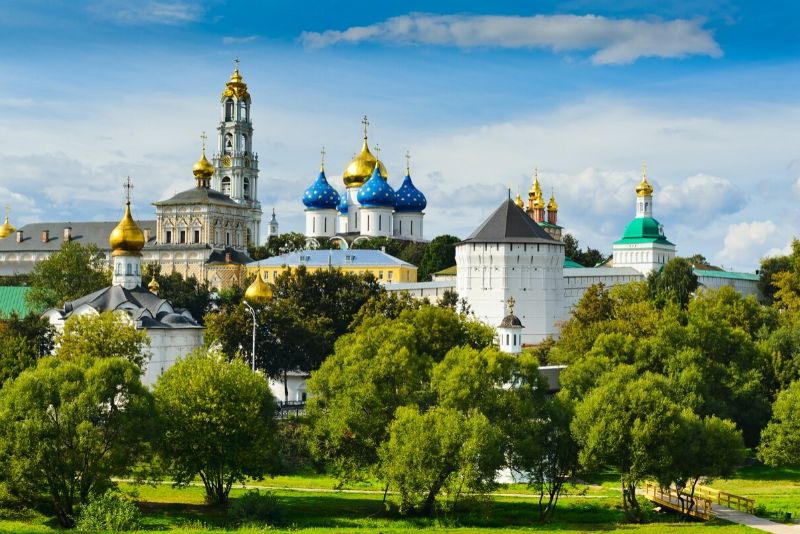 One of the best Moscow tours that take you outside of the city, the Sergiev Posad day trip provides the opportunity to see The Trinity Lavra of St. Sergius, a UNESCO World Heritage Site that is the spiritual centre of the Russian Orthodox Church. It’s made up of a number of different buildings that include the blue domes of the Cathedral of the Assumption, Church of St. Sergius and the Bell Tower. 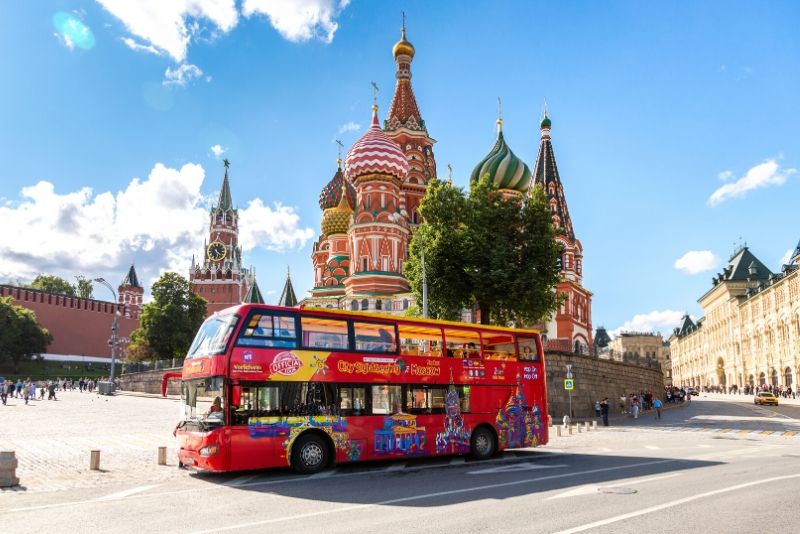 If your time in Moscow is limited, this hop-on, hop-off bus tour is ideal – and it even features an optional cruise on the river. Choose between a 2 and 3-day ticket and see famous landmarks like Red Square, the Kremlin and the Bolshoi Theatre from an open-top panoramic bus with informative audio commentary. Take your experience to the next level by upgrading to a boat tour.

8 – Guided Tour of the Tretyakov Gallery 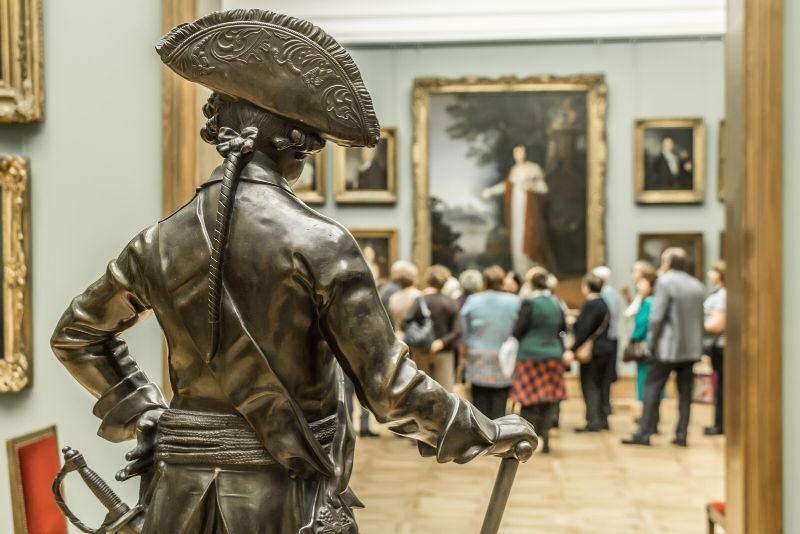 As one of the world’s most important galleries, the Tretyakov Gallery is a must-see for any art lovers and is one of the best Moscow tours for culture vultures. Learn about the masterworks of Pablo Tretyakov with a guided tour and discover the secrets behind the paintings. Other noticeable artists on view include Fedotov, Vasnetsov, Rokotov and Kiprenski, who is the author of the famous “Portrait of Alexander Pushkin”. 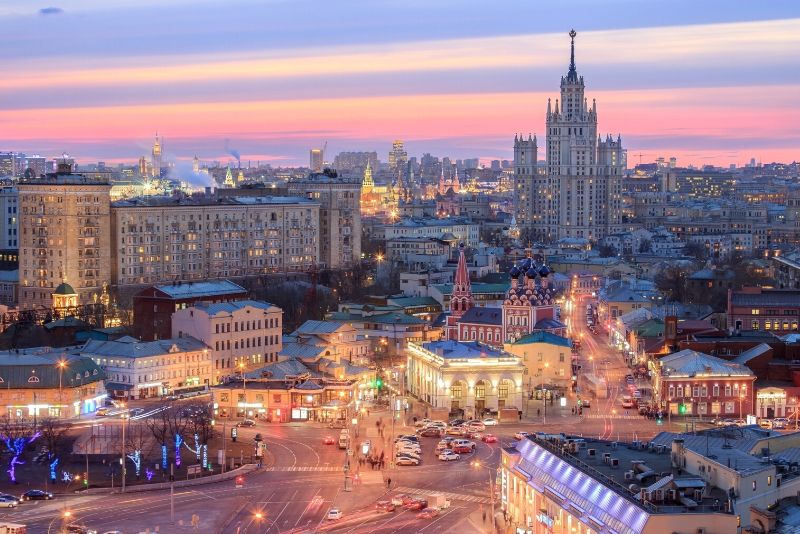 See a different side of Moscow with this 2-hour alternative tour. An expert guide will take you around quirky streets, suburbs and squares while as your veer away from the traditional tourist hotspots. Highlights include a ride on the famous “Annushka” tram and a visit to the neighbourhood of Khitrovka, which was once known as the criminal district of the city. 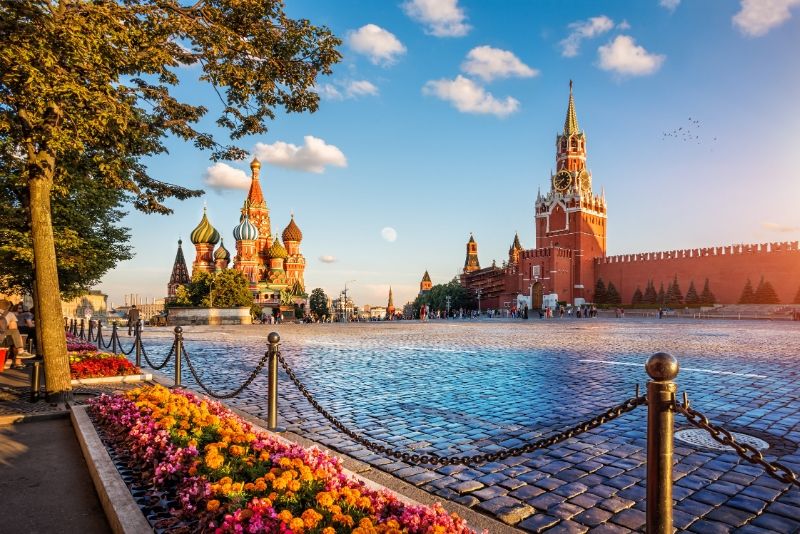 Combine two of Moscow’s biggest attractions with a visit to Red Square and St.Basil’s Cathedral. Admire the beautiful architecture of St.Basil’s Cathedral from inside and out, before wandering Red Square and learn about the soldiers, farmers and revolutionaries that all called this famous square their home. Round things off with the changing of the guard at Alexander Garden. 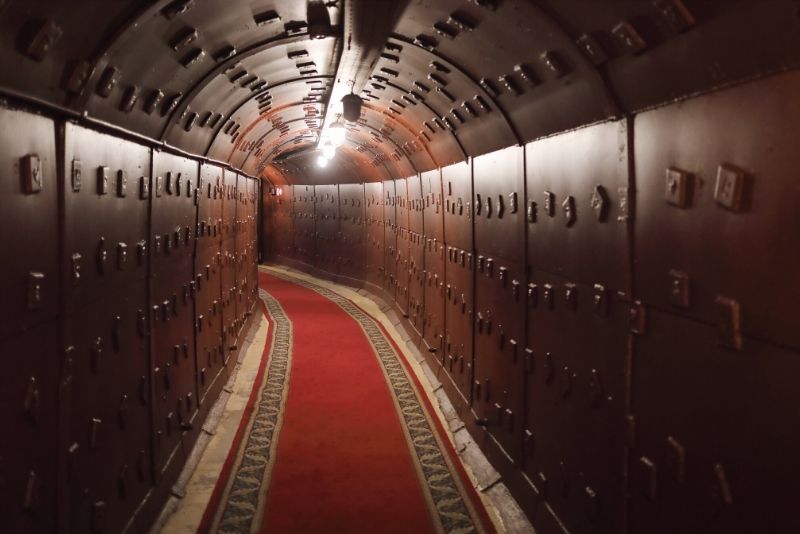 Moscow is notorious for the Cold War, which lasted for about 45 years between 1945 and 1990. Head to the world-famous Bunker-42, located 65 meters below ground level, and learn about the storied past. Visit rooms and passages that were set up to shelter 3,000 people in case of nuclear attack and discover other sections, such as the equipment room and the war-proof telecommunications system. 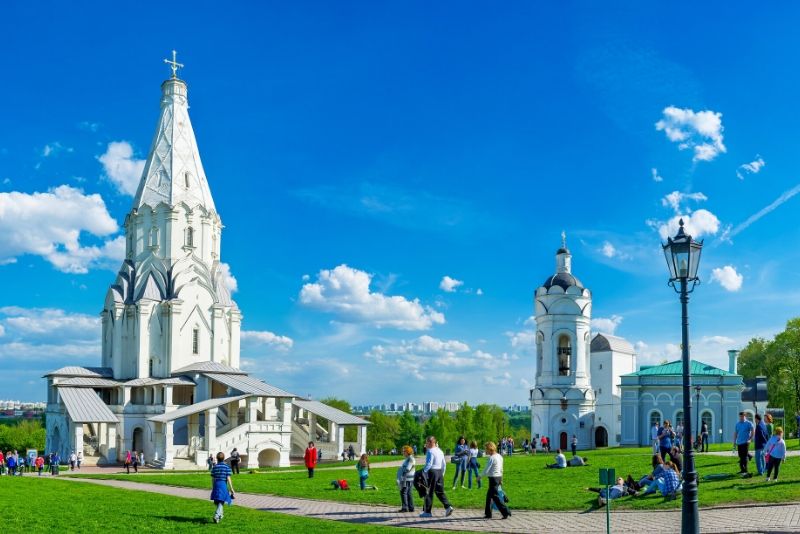 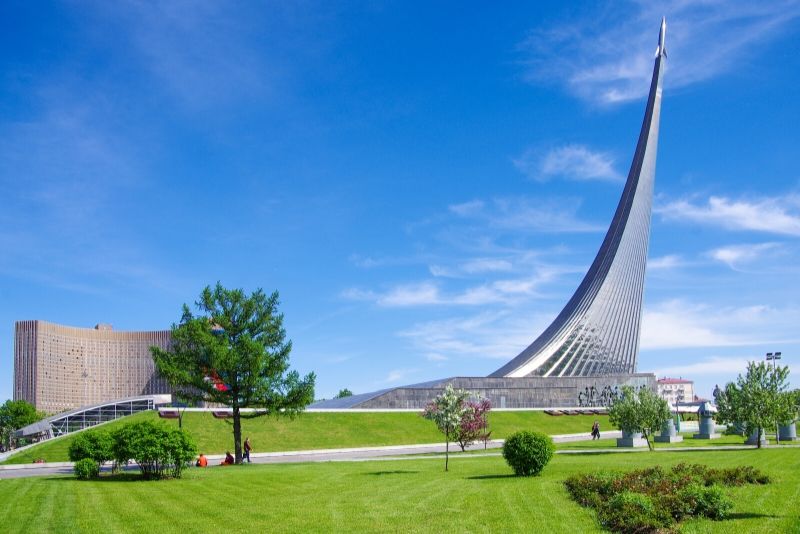 Unpick the history of the USSR with one of the best Moscow tours for discovering Soviet Moscow. Starting at Monument to the Conquerors of Space, a tribute to the success of the Soviet space programme, the tour includes historical landmarks and interesting tidbits about Soviet Russia. There is also a visit to the All-Russia Exhibition Centre (VDNKh), a site that was constructed under the aegis of the USSR in tribute to state achievements. 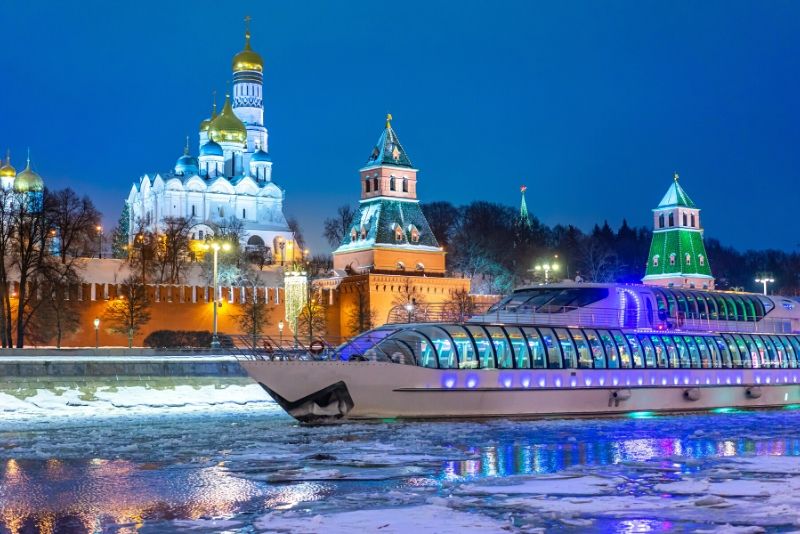 Sail down the Moscow River on this 2.5 hour tour that provides a different perspective of the city and includes landmark sights. The boat features two decks and has panoramic views as well as free Wi-Fi access. Attractions along the route include Ukraine hotel, Sparrow Hills, Christ the Saviour Cathedral, Crimean Bridge, St. Basil’s Cathedral, Zaryadye Park and more. 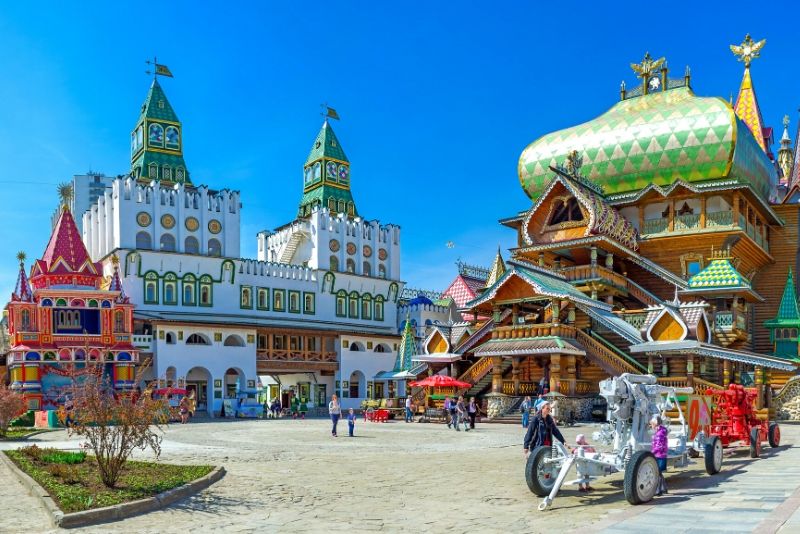 Visit the museum of Vodka and gain insight into one of Russia’s most famous exports and head to the Izmailovo antique and handicraft market to find a gem or two. The tour starts with Izmailovo market, which features the iconic matryoshka dolls, fur hats and amber jewellery. Next up is a trip to the Museum of Vodka, where you will discover a distillery that dates back to the 15th century.

Discover Russia’s famous “Golden Ring” on this tour of two medieval cities outside of Moscow. The historic city of Vladimir is first up with its Golden Gate, which is an ancient city-fortress that dates back to the 13th century. Next up is the neighbouring town of Suzdal, which features historic architecture and the Kremlin, where you can see its striking white walls topped with blue domes. 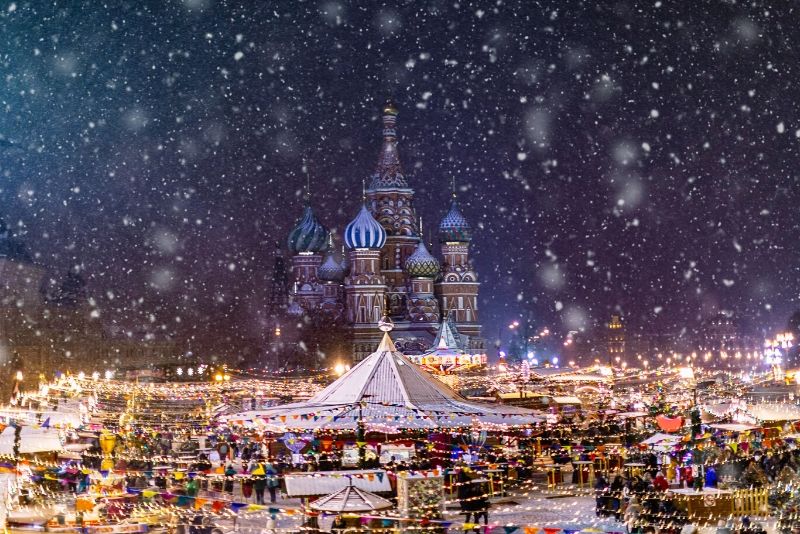 Sample the unique flavours of Moscow with this food tour that lasts for 3 hours and features more than 15 different food and drink tastings. Weave in and out of small alleys in the city centre while enjoying the best food spots in town. See Moscow like a local while trying classic dishes from local breakfast haunts, bustling markets, the oldest monastery in Moscow, and dumpling cafes where you can taste authentic dumplings and enjoy local coffee.